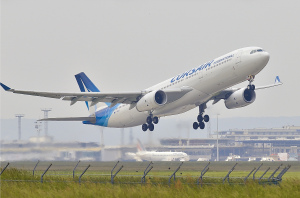 Often in Wing Chun, for a technique to work at its best it needs to flow, and flow smoothly, such as a Bong, Lap, Fak Sau in Chi Sau or a perfectly executed (in class anyway) Tan Da, and this can be seen best when we take this view with a Pak Sau or a Lap Sau.

When we look at the use of a Lap Sau there are several factors we need to take into consideration, starting with when and why we chose to use this in the first place.

It is very easy for someone to say, “A Lap Sau would never work against my jab”, and this is true, and, this is also the reason why we wouldn’t do it!

Although this is not to say that we wouldn’t try it?

Let me go into a little more detail of that statement…

Firstly, when I said, ‘when and why we chose to use this’, I am referring to the fact that a Lap (in my opinion) is better suited to the slower attack, such as against somebody going for a grab or a push let’s say (and we’ll come back to this in a moment too), but if you went for the Lap and your attacker suddenly drew their hand back, THIS would be the action of a jab, therefore causing you to miss the hold and be unsuccessful with your initial Lap.

“A Lap Sau would never work against my jab”

BUT, you did not do a Lap against a jab, and that is my point, because remember this, none of the techniques in Wing Chun have names, they are all merely descriptions of something that has just happened.

Looking at the sequence of events that have just taken place…

A hand came toward you and you tried to grab it – this could be described as potentially being a push and a Lap.

Because the hand was suddenly pulled away and your defence became one of a deflection rather than a grab – this now sees the attack described as a jab and the defence described as deflected with a Biu.

In simple terms, if you did not Lap it, do not try to call it a Lap.

This again is also reason why I say, we wouldn’t do it!

‘A Lap (in my opinion) is better suited to the slower move,

Such as against somebody going for a grab or a push’.

In this case, when an arm is in motion toward you, the technique of a Lap, is one of redirection and should flow in such a manner.

If your application of this move was to suddenly try to rag your opponents arm down to the ground, you would probably find yourself nursing a head-butt.

If you were to suddenly to attempt redirecting your opponents arm on a ninety degree angle, you would see your attackers body falling directly on top of you due to the momentum of his mass.

As mentioned at the start of this post, there are several factors to a successful Lap:

The drop in your stance

Using all three of these at the same time will make your Lap three times as powerful, or, a third of the effort, and added to this, timing and correct redirection.

“So what has all this got to do with an aeroplane?” 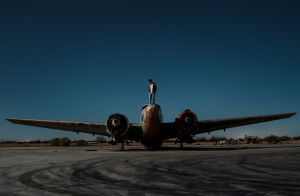 Moving on to a Pak Sau then, with the same idea, this should be thought of as a plane taking off, and not doing so until you have enough speed making it safe to do so.

To explain this best we need to look at the two Paks in Siu Lim Tau and their following palm strikes.

After the third Fook Sau in the first section, we close this piece with an inside Pak and a Jic Jern (straight palm), the reason for this being that if we have just defended an attack by taking the inside of our opponents hand, a second strike may well follow, using the straight palm enables us to have some cover with the elbow being out to the side (Of course a Fak Sau would also be successful but let’s just stick with the moves from the Form, oh and using a side palm would cause the elbow to be tucked in and therefore have no contact with that second potential attack).

At the start of the third section of Siu Lim Tau we are using an outside Pak, with contact being made further away from us and on the outside of our attackers arm, this is then followed with a Wan Jern (side palm), the reason for this being that we keep SOME contact with our opponents arm as we set off for the counterattack (oh and using a straight palm here would result in you losing this contact immediately, possibly leaving you open).

It is with this technique that many beginners (and the experienced) find a common issue, saying that when they try to hit with the side palm, the opponents shoulder gets in their way?

The answer to this problem?

The idea of keeping contact with your opponents arm is only meant as an initial guide as you set off, and not to be used throughout the entire counterattack.

If when you begin this counter, and you feel it is safe to continue, then do so, lift off of the attackers arm and onward to your intended target, WE HAVE LIFT OFF!

But if you feel force pressing toward you then you would leave that idea in favour of a different counter, remembering to, ‘Never do anything you cannot recover from’, and aborting the take off.

Ask any pilot what they would consider a good landing and they will always give you the same answer:

“A good landing is any one you can walk away from.”

The same could be said for a fight too could it not?