Walk A Mile In My Shoes 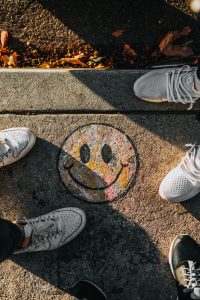 “Walk A Mile In My Shoes”

A strange expression really considering it refers to trying to better understand someone that you may not like or agreed with.

I suppose the good thing is that by the end of it, if you still feel the same way, well at least you’re a mile away from them

Oh and you’ve also got their shoes.

If I’m honest I’m not really sure where I’m going with this blog.

I just wanted to try to settle the mind of those struggling with where their training is going at the moment and to try to help you back on to the right path.

Sometimes you don’t realize what you’ve got until it’s gone, and remember, it doesn’t matter how fast you go, as long as you just don’t stop.

At the moment it is winter in the UK, the days are short, the nights are long, and the weather is cold, grey and miserable.

The other day however, while doing the school run, I was given the use of a much nicer car than my own.

Not simply because it was not covered in dirt, lacking water in the washer bottle and had tyres with actual grip, but because this was a big, it was new, and it was a 4×4, with warm seats, wipers that worked, comfort throughout, and, made me feel like a king (on the road at least).

And during this momentary feeling of superiority (and around election time here I might add) it made me think of politicians, and how disconnected they are with the rest of the world.

These people who govern us from their ivory towers, dictating to the poor how they should get by on a pittance while at the same time drinking port from their golden chalices.

These so called representatives have never struggled like the good people they serve, they’ve never been unable to afford heating or be in a position where they have had to choose between nappies or bread.

I once did, and if you’re wondering I chose nappies, although I wish I hadn’t as they tasted awful.

Joking aside there is such a divide in society that the left arm does not know what the right arm is doing, or willing to try to understand, and this I find is sometimes the same in Wing Chun.

If you wish to learn more Wing Chun, to know more about Wing Chun, or even just to better understand what you are doing now, there is nothing wrong with looking at different approaches to teaching.

Just do not expect an immediate result, development takes time.

“The man who moves a mountain, begins by moving small stones”

So many people are eager to criticise another’s technique without trying to see their take on it, and by the way I AM NOT referring to anything that has happened to me, this is just something I see so often done to others. 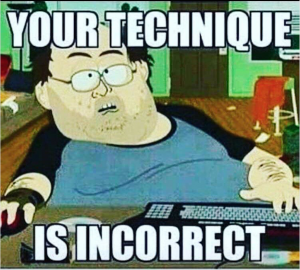 There is also an opposite side to this when many see the skill in others and wish they had their skills.

There is nothing wrong with wanting to better yourself, but just not at the expense of forgetting to appreciate what you have already.

Don’t spend too much time thinking what you have yet to do but take some delight in what you have achieved already, as you will never stop learning anyway, this is the wonder of Wing Chun.

If you were in the hospital for instance, of course your situation would be terrible and I would truly feel for you, but the there will nearly always someone else worse off, so let’s try to be positive, and if you actually are in hospital and there isn’t anyone worse than you then genuinely my thoughts and prayers are with you.

There is a cultural thing, especially in China where people will deliberately allow themselves hardship in order to better appreciate the good times.

Perhaps this is what was meant when Bruce Lee said:

“Do not pray for an easy life, pray to have the strength to endure a difficult one.”

So enjoy your training and embrace the chance to learn something new rather than feeling as though this is a negative.

“The man who claims to know everything is a fool for his learning has ceased.”