The Rule Of Three 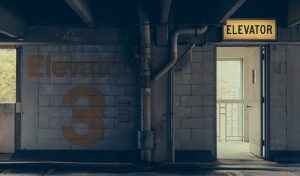 I always seem to be coming back to this but then I guess I would, I mean, we are talking about Wing Chun aren’t we?

The number 3 pops up all the time throughout the Wing Chun system, a lucky number in Chinese culture, the number of hand forms, the number of sections, basic hand positions, and so on…

But the rule of three appears all the time, let’s look at sports for instance, in a game of snooker you would not get by if you could only pot well.

To be good at snooker you would need good potting skills (Obviously) as well as safety play and the ability to get snookers.

If you can pot, pot

If you cannot pot, try to snooker your opponent

If you cannot snooker, leave it safe

This is even more prominent in golf, needing skills in driving, chipping AND putting.

How many of you golfers out there have done really well to get onto the green on to then four put!

A guy playing on his own is about to tee-off when another fellow asks if they can have a round together, “Sure” says the guy and WHACKS a 350 yard drive effortlessly, dropping the ball three inches from the cup.

“What the hell!” shouts the other guy,

“Have you ever done that before?” he asks.

“Every time”, says the guy, to which the new-found friend explains that, not only has he never seen anything like that before but that he is also a sports agent and asks the guy if he is interested in being sponsored.

“Why not?” says the guy, at which point the agent runs off to his car to grab the paperwork and sign him up immediately, not wanting to miss such an opportunity.

Before they know it they are walking toward the first green with the agent making over a half a dozen calls on route, organising press conferences and sponsorships.

As they approach the green the agent falls quiet to allow his new find to make the put, and which point the guy WHACKS the ball another 350 yards, “Told you” he said,

Now once again I find myself saying;

‘Just because you CAN does not mean to say you SHOULD’.

This goes for Chi Sau too, just because you can use power to force through, does not mean to say that you should, because there will always be someone out there stronger than you…

Or faster than you

More technical than you

Longer range than you

Plays closer than you

So the point is this;

Do not use a driver when all you need is a putter!

Don’t use a driver on the green just because it’s more powerful, because sometimes it is not power we need, but instead to appreciate the gentle touch.

If someone plays their Chi Sau differently to you, do not immediate criticize, but instead try to study and learn from it.

Make your Chi Sau skilled throughout the full spectrum of game play and do not be a one trick pony.

“I have never let my schooling interfere with my education.”