The ‘Not So’ Beautiful Game 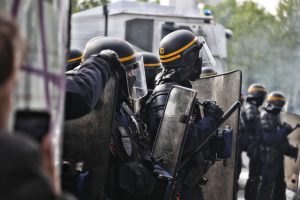 Football is often referred to (by TV pundits) as, ‘The Beautiful Game’, and I can see this when we see the top level, the skill on the ball and the perfect passing, it really can be a beautiful GAME.

Today is a BIG game for England, playing Croatia in the semi-final of the World Cup.

Supported by their followers throughout the nation and throughout the world, as it has been with every country that played in this wonderful tournament.

Some people will be so engrossed in this event, so caught up in the moment, and so focused on the game, that they will have tears of joy or even tears of sadness.

Unfortunately though there will be far too many who will be sharing tears of sadness after the result of tonight’s match, but for a very different reason. 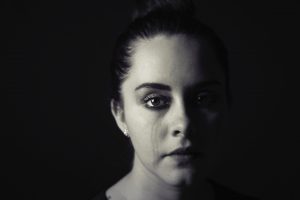 It is a shocking statistic, that when England lose a game of football, domestic violence goes up by 40%, and when they win, it still goes up, by 26%

Now I am as happy as the next guy that England are doing so well (so far), and I know that it raises the spirits for so many people throughout the nation, but lads,

And don’t start thinking that it’s more than that, it’s national pride, it’s dignity, it’s this and that.

Sorry lads, it IS just a game, and is not worth getting violent over.

Now come on England and give us your very best!

We’re all behind you tonight and we will all be cheering you on, wherever we are across the land and across the planet.

Just in case things, for whatever reason, do not go all our way, and tonight is not a good result for us.

Instead of wanting to go out and punch someone how about you console someone, THAT, is what it means to be British, the stiff upper lip, dignity in the face of defeat and all that, what, what, what.

Even before tonight’s game kicks off, England have gone further than they have for 28 years, so let’s celebrate that too.

Domestic violence is the worst.

Domestic violence is a person attacking the ones they should love, their partners, their children, their friends and allies, it is a cruel, vindictive and vicious mentality to take onboard and it is not accepted.

BUT YOU CAN CHANGE.

Do not do it, ever, please

And if you are guilty of this, then stop it now.

If you’ve only done it the once, NEVER do it again.

Remember the person you once loved, they’re still standing right there, remind your self of that person, embrace them and show them love not anger.

And when you are down and you need support, they will be there for you.

People often learn a martial art for self defence, the defence of their family, to protect them, not hurt them.

Remember that and together we are stronger.

Enjoy the game everyone and, Come On England!!!!