The ‘Ip’ Man On The Moon (Revamped) 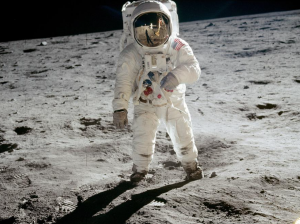 Today celebrates 50 years to the day that mankind first set foot on the moon, so what better fitting tribute than this blog (modified a little) and dug out from the archives.

Strange name for a blog though eh?

Now when I heard him say this, regarding such dangers and technical difficulties that could cause a life or death outcome, it man me think of my Si-Gung (Teachers teacher), Ip Man.

Wing Chun is often connected with Daoism and in Daoism it is said that,

‘In life, in the search of perfection, it is not what we gain, but what we get rid of’.

‘In the pursuit of learning, every day something is acquired.

In the pursuit of Tao, every day something is dropped.

It cannot be ruled by interfering’

“Anyone can add on to a system, the secret is to try to take something away and yet still keep it pure”.

This is even shown physically within the forms, and  through Ip Man’s changes of them, in Siu Lim Tau for instance we see the Tan, Low Garn, then scooping back up to a Tan – originally that was were the piece ended.

Basically, after the Gum Sau in section seven there should be another Gum (and the same on the other side)

but Ip Man took this out also in order to have the form FLOW easier.

That’s as big as his flat was!

My school in Leeds is in a very large grand hall and in the past when I have done only three stepping Bong Sau’s in such a place my Sifu (Ip Chun) has said to me:

“Because that is the form?”

To which he tells me,