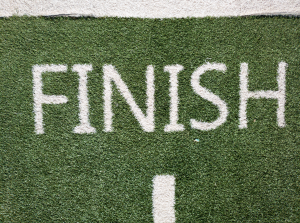 For me, one of the most important elements of Wing Chun, self-defence, self preservation, self awareness, and even self well-being, is in training the ability to:

Stay in the moment

And for me one of the best ways to develop and enhance this mentality, is through your Form work, and let’s face it, you’re much more likely to have more time on your own, training solo, than you are in a class with your teacher watching over you.

But how do we ensure that what we are training is correct?

Staying in the moment

One example I see of this (far too often I think), are the punches at the end of Siu Lim Tau, after three times sliding down the forearm into a Low Garn position, it is the easiest thing to simply rush through the punches (and the Garn’s) with no other goal than closing your stance and moving onto something else, ASAP.

Another example is the last kick in Chum Kiu, as soon as the kick is done,,, Stuff the Gum’s AND the punches!

Why not, you’re nearly finished anyway!!

Hurry up and cross that lime!!!

Stay in the moment.

Staying in the moment is crucial in a fight, equally so in sparring, equally so again in Chi Sau, so if you’re not even able to do this in a Form, on your own, what chance have you got in practice?

This is why to me Forms are SO important.

In a fight it would be dangerous (and stupid) to be thinking anything like:

‘When this guy throws a punch, I’ll counterattack with this or that’

‘If this guy steps forward then I can move around and gain an advantage’ etc.

Usually because it would be at this point you receive a solid kick in the balls, and you’d probably deserve it!

What I mean by this is that when a mugger chooses to attack, they will nearly always try to distract you before they make their move, and yet here you are distracting yourself, helping them if you like!

“Everybody has a plan, until they get punched in the mouth”

So again I say…

Stay in the moment

Here’s a tiny clip from last nights class where I approached this very point when viewing the closing of Forms of some students.

I hope you get something from this and please excuse (what I have just discovered to be), a massive stomach!