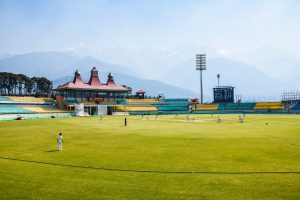 It is the easiest thing to see the finished result, admire it and want the same for your self but have no idea what it took to get there.

I say this because at the moment I am still struggling on with redecorating our house, a job, which has taken months, and is now within sight of being finished, but people will have no idea of what it was like before I started.

We had the use of a plasterer to replace or repair most ceilings, and while working alongside him I noticed his coffee mug, it had a quote on it which read:

I solve problems you don’t know you have

In many ways you can’t understand

There is nothing wrong with admiring some ones success and even gaining inspiration from them, as long as this is not just envy, because anyone can achieve these things if they are willing to put in the time where it is needed.

I am talking of this today as I struggle with painting and the idea of lining out around the bedroom ceiling before using the roller, an easy job which turns into a massive job as soon as I start (for various reasons) but still, something that needs to be done.

A thankless task at best!

This train of thought got me thinking about cricket, not a game I understand so I’ll not get too much into the details, but what I do know is that people want to play cricket, no one wants to be the fielder.

Everyone wants to be the batsman or the bowler, but who the hell wants to start alone in a field waiting to see if anything happens!

If kids decide to have a game of football, rarely will anyone say, “Please can I go in goal?”, kids want to be where the excitement is, the striker or the forward, people don’t even want to be a defender, never mind sitting around in goal.

But here is the issue, because that fielder and that goalie are crucial to the success or defeat of that team.

Take one small cog out of a watch and it will cease to work, so make time to respect the little things in your Wing Chun, appreciate the drills and the basics, for it is these that will define the longterm outcome.

There are no shortcuts, do not take onboard the, ‘Buy cheap pay twice’ mentality, recognise quality when it is there but do not short change the time needed to be the best you can be, because only then will you get what you want.