Reasons For Three Stages Of Learning 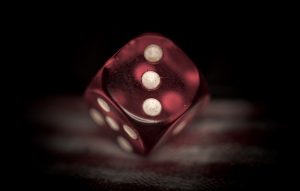 When learning any martial art,

This must be approached in three stages

This is a topic I have addressed many times in the past, but yesterday I was asked by a student;

As fast as they seem to mentally digest”

For this reason, here we go again…

It is so easy to attend a beginner course, see the shapes (blocking positions) for the first time and to be a little ‘put off’ by the lack of immediate excitement and boring stagnation of the thing, but this is only the first step, once you’ve got the shape correct (Every time!), then can we start to see it in application.

‘Everything in the Wing Chun system can be found within your Siu Lim Tau, IF you know where to find it’.

Meaning that by the time you get to a point where you can now successfully read that book, you come to realize that you no longer need that book.

But this three-step principle is shown in its simplistic entirety within Siu Lim Tau alone:

The second section of the form focuses on the now, ‘correct use’ of energy while being applied to defensive moves, and the third section plainly showing block and counter moves.

“Which form therefore is the most important?”

At this point all sorts may go through your mind such as:

‘Well I may not get a good job if I only have a primary education,

but then again I would not get into university if I never learned to read and write?‘

“Which ever form you are practicing at that time.”

So enjoy the stage you are in now, give it time and give it the respect it deserves, because that stage three counterattack I mentioned, will never happen if you didn’t block the initial attack by using stage two, and you’ll be putting an awful lot down to luck in stage two if you never properly listened at stage one.

While teaching my class once, I was trying to get my students to not over think their defensive techniques but rather to allow them to simply happen.

Using one of our newer members, I  demonstrated this by paying attention to his reaction through Chi Sau and how he had developed these panic defences, reacting to my attacks almost without thought, allowing the body to mould to the area of danger, without thinking of how to block.

While explaining this I was reminded of something Master Ip Chun said, something he also called;

‘The three stages of learning’.

These were explain as follows:

The first stage is when you enter the school for the first time, and, because you know nothing, you require no thought.

The second stage we could consider the dangerous stage, as this is where we begin to learn.

Things are being developed, drilled, practiced and tested, but not yet confirmed.

And as we know, a little knowledge can be a dangerous thing.

(In my opinion, this is also why teaching our students should NOT be delayed and/or dragged out by PRETEND secrets or extortionate fees).

And then we come to the final stage.

This being where, when an attack is thrown, you simply react with your defence and counter attack.

Just as you were when you first entered the school as a beginner.

I hope this helps, thank you.