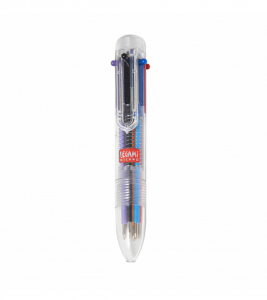 Whenever people talk about energy and strength there is so much room for misinterpretation, especially as energy is such a personal thing.

The doctor may try to understand what you are saying, but he or she will never actually feel what you are feeling, similarly I guess to that of pain thresholds and even emotions.

At least with muscles we can see what we are talking about, we can see them grow and we can see the results too, but with energy we need a leap of faith, OR perhaps just a better understanding.

We can see and feel the effects of energy, but we do actually see the energy, no.

Just like on a windy day, we can see the leaves being blown around by the wind (the effects), and we can even feel it on our face, but we do not actually see the wind itself.

As I say, if you tense your arm, you can see the muscle grow, but when we use energy, the arm often remains pretty much the same, well visually at least, so how do we distinguish between what’s is and is not going on within the arm?

This is where my Biro theory comes in.

This idea makes sense when you think of one of those big fat pens (as pictured above) which have six different coloured inks for you to choose from, all selected from the six corresponding buttons on the top of the pen, but what if those colour choices on the top of the pen, to the onlooker at least, all appeared to be the same, with their true colours only being known to the pen holders themselves?

To change this idea of colour changing pens into our use of energy, all we need to do is change the colours for types of energy and change the pen chamber itself into our arm.

So where do we get these six energies,

How do we distinguish between them and also…

How do we connect them?

Well to make things simple let’s think of these colours/energies as levels, starting with one, two and three, and thinking of these as representing small, medium and large, by this I mean,

By taking a general overview of your chosen level of energy while playing Chi Sau, let’s refer to this as level two, from here we can consider your most relaxed level of play would be level one, and your most powerful and constant level of energy being your level number three.

As for four, five and six, this is where it starts getting more interesting.

In short, we will say that level four is your shoulder, five is your elbow and six, your hand, and I will break this down further in just a moment.

Starting then with level four, the shoulder, what do I mean by the shoulder, well in this case I am using the shoulder as the connecting point between the arm and the rest of the body, or the mass if you like, and how do we move this mass?

Through the legs of course!

Therefore, the shoulder (again, in this case) connects the arm to the legs.

By keeping a strong shape within the arm (Tan Sau for instance) and not allowing this to give in any way, we can then draw power though the stance, pushing your opponent back by using the Biu Mar.

The idea behind this is that no man’s arm should be as big as your leg, and if it is… RUN!

Moving then on to level five, the elbow, the most common and most considered when we come to discussing energy.

In order to generate force through the elbow, we need to focus on the correct area, and this is best understood if we look at the shape of a Tan Sau.

If you were to look at the void between the hand and the shoulder, this is a big enough space to start with, so trying then to extend this even further is very likely going to encourage the use of muscle, but if we think of this on a much smaller scale things become very easy indeed.

Now imagine that there is a tiny hydraulic bar within these points.

Considering that we already have a contact AND that you are already experiencing pressure (as in that of level four), start to think of these tiny hydraulic bars beginning to expand, therefore extending and pushing the forearm slowly, but surely forward.

At this point level six becomes key, this is the use of energy in the hand, whether this is a Pak, a Punch, a Lap or whatever, with the secret being that we only apply this energy at the point of contact, not before, not after.

This will not only create the best use of explosive energy but will also prevent you from being Lapped as you apply these forward pressures through levels four and/or five.

This is because you can only be Lapped if there is something to Lap, something solid for you opponent to take hold of.

Trying to Lap a relaxed hand would be like trying to play snooker with a rope!

So, to recap, one two three can be thought of as the small medium and large of your day to day general, overall levels of energy, as used while playing Chi Sau, with four, five and six being your shoulder, elbow and hand.

Now obviously it is the last three where all the fun happens, as long as you use them evenly and wisely.

A good Cheun Mar with a Bong for instance, can have the lineage through the upper arm, enough to resist pressure by redirecting it down the back leg (level four), with a slight lift of stance and rotation of the hips, this can start to unsteady, move back, and even raise your opponents’ footing.

Helping to uproot a (so called) ‘Grounded’ stance.

Add to this a slowly extending Fak Sau (the hydraulic idea of level five (after all, what is a Fak Sau in this case but a horizontal Tan?)) and you have now created a corrupted stance.

If added pressure is returned against the Fak Sau, dropping your stance and snapping the Fak Sau back toward the body (therefore switching this level four energy OFF!) will create more than enough play for a speedy Lap and a return of the Fak Sau, loaded with level six energy when the new contact is made.

So, there you have it, a very basic idea of what is going on within your arm.

The how’s, when’s and what’s, when we refer to a good use of energy.

I hope this helps and that you quickly discover increased power within your arms, remembering of course:

The use of the Level four principle  in Chi Sau (getting your partner to apply force down your back leg), is a great technique for tiring your partner out, and, having you not fall for the same trick.

The video below is a clip from class where I looked at how to create (or find) the link between maintaining power in your arm by redirecting this force through your stance, an exercise to be drilled, solo.