Let’s Be Open Minded For A Change 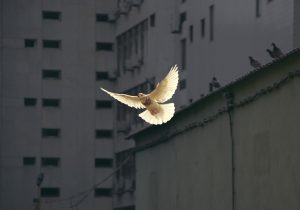 I get so tired of seeing people angry all the time, bad attitudes, drunks, muggers, road-rage, keyboard warriors and so on and so forth…

Now and again there is a time to get angry, with our politicians perhaps, with those who abuse the system or much worse, abuse people, but when the anger and bitterness has no real reason, the world becomes a horrible place to live in.

Hatred and bitterness is not natural, it is taught, through bad parenting, bad preaching and bad teaching.

‘My teacher is better than your teacher.’

‘My style is better than your style.’

Surely that would be down to the individual?

Why so negative all the time, and why so blinkered?

This kind of attitude and way of thinking only serves to limit your potential,

‘The man who claims to know all is a fool for his learning has ceased.’

And even if these statements were correct, so what?

This is not for you to say, who gave you the right to chirp up and throw your views into the pit?

No one was asking you.

Millions upon millions of lives have been lost in war after war, with 450,000,000 dying in the Second World War alone and a staggering 5% of the worlds’ population being sacrificed at the hands of Ghenhis Khan and the Mongol empire.

Nearly every war in history has been fought over one of two things:

We do not own land, we are simply privileged to be able to live and graze upon it while we are here.

And as for religion, forgive me but who is one individual to deny the beliefs of another, and even more so to fight and even kill that person for not having the same belief as they have?

Believe what you want to believe if it gives you peace of mind but do not punish others for not being on the same track as you, and the real irony of it is, is that I will probably be slated now for making such suggestions and this blog put down by angry individuals.

I am NOT criticizing anyone, FAR FROM IT, I am just hoping (as most of us are) that one day we can live in some kind of peace, and if you must get angry or fight, ask yourself is it really worth it?

“Holding on to anger is like grasping a hot coal with the intent of throwing it at someone else;

You are the one who gets burned”   Buddha

Wing Chun is a great way to defend yourself but it is also far more than that, a beautiful art form giving inner peace, internal health and the joy of body mechanics.

With this in mind, do not learn Wing Chun JUST so you can defend yourself, because you may train for ten years for a fight that may only last five seconds.

Or hopefully you may train ALL OF YOUR LIFE and NEVER even have that fight!

Is this time lost?

No, of course not, if you can see the beauty that comes WITH your training.

It could also be the case that you train for just six months and your Wing Chun saves your life!

Know why you are training,

And if someone or something troubles you…