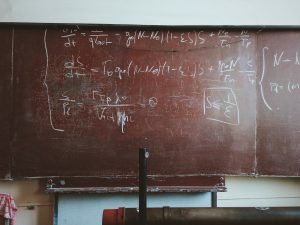 Why do people feel the need to ‘Add on’ to a system, especially in Wing Chun?

I understand the want to refine and simplify a style but not to add on just because you can.

We see this so often in Wing Chun with the additions of boxing and grappling, and the even the further addition of extra forms such as kicking forms, sandbag forms and even new weapons.

NOT WING CHUN, so do not call it Wing Chun.

“Anyone can add on to a system, the secret is to try to take thing away while still keeping it pure.”

Often this is not even a case of actually adding anything ‘on’ but simply changing what is already there and just giving it another name in order to make it their own.

Now if this was a case of trying to use what we already have but in a different way, so as to see a new benefit to that technique, then great, I’m all for that (at least I should be as I do it myself!)

But to change for sake of just changing, why do that?

I see people take away Siu Lim Tau only to replace with meditation, power building or Qi Gong

This only came back to my thoughts last week when we saw the clocks changing in the UK by going back one hour.

I was listening to the radio that day and heard a story of an African child who was confused by such an act.

In the past when teaching, I used phrases such as:

‘If ever there is a problem with an advanced technique, the answer is always in your basics’

What does it actually mean to be ‘Advanced’ in Wing Chun?

The fact that there is so little in Wing Chun to start with should tell us that the definition of an advanced practitioner is not necessarily those who have knowledge of advanced techniques but more likely those who better understand their basics.

So stop adding on and remember,