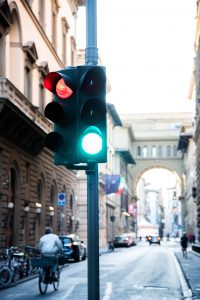 In the early 1980’s I had the privledge of attending a seminar held at our Karate school by Sensei Terry O’Neil and at the time was shocked to hear of the habits he has created for himself.

Habits such as, when out for dinner, always pulling the chair in a little, and then the table in a little, all to see if they both could move should a fight break out.

Other habits were opening doors but delaying his entrance, taking corners extra wide, and even drinking coffee whilst holding the cup like it was a brandy glass (as this would make a useful adding to a palm strike).

At the time people (including myself) thought he was in some state of paranoia, only to much later realize that this was not so much paranoia but a constant state of awareness.

Something I am now fully aware I do constantly myself.

Now there is nothing wrong with this, I do not suffer when trying to sleep or always feel on edge, it is just something that I had noticed I do and realized why.

When you learn a martial art it gives you an edge, but that’s it, some styles more than others perhaps (and for me Wing Chun the most), what it does not do is make you superhuman, you still bleed, you still feel pain, and you can still be caught out by the element of surprise.

So having your wits about you and aware of your surroundings is not such a bad idea. 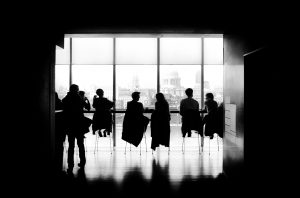 Attacks are not usually planned in advance like some kind of bank job, attacks are usually in the heat of the moment AND, often by someone who thinks YOU to be an easy target.

It is very unlikely that a person who has had too many beers suddenly says to himself:

“Right! I wanna punch someone in the face, where’s that 6’7” bodybuilder?”

What he’s going to do is look for the little guy, probably someone he can sucker punch too, just to get out his anger, and THAT is where your alertness will be required, if not essential.

Having the ability to read a situation can defuse a fight before it has even occurred, in fact there are probably dozens of fights you’ve potentially been in but deflected, purely down to have awareness.

And if you haven’t had had such awareness, then that would probably be the night you got hit.

I teach my students to think of colours, if someone is at a safe distance, then this is:

If a person start to walk toward you, either at pace or by changing their direction to do so, then this is:

But if someone gets too close and is in your face, then this is:

And this connects with your hand positions too, as the person gets closer to you, bring your hands into play, begin to even talk with your hands, this has two obvious advantages;

If you need to attack, your hands are already right in front of their face, eyes, throat etc.

Having your arms and elbows in the way, prevents the ‘easy target’ option for the attacker.

Both of these points may help in defusing the situation before it erupts, or as far as you are concerned at least.

So be aware of your surroundings and do not be taken off guard, just knowing that something is not right, can give off an aura about you which turns your training from self defence against a strike, to prevention rather than the cure.