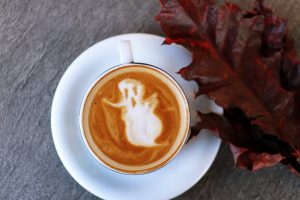 In the blog GHOSTS (dated Monday 22nd July) I wrote:

He turned to me, throwing a wild punch, and here’s the strange part, ‘THREE TIMES’ I considered hitting him throughout this over exaggerate move, in the end simply deciding to turn my face away at the same pace of the strike.

He looked shocked, he knew he touched me, but nothing happened???

I started to laugh and told him he had no idea how lucky he was and it was time to leave, just before he was grabbed and thrown out.

Now this statement gave a funny reaction by one reader, basically not believing the story, and on reflection it may read as a little farfetched.

Therefore I would like to elaborate on this and ease anyones concern, so this was my answer:

Just for the record I thought I should explain what I meant by the ‘Three’ times comment, as I assume that’s what you were referring to with your comment (still very funny though).

At that point the situation had already happened to get my back up (him throwing a coat in my wife’s face), so after I told him to F**K OFF, he then turned to me aggressively,

That was opportunity number 1

Before even throwing the punch he recoiled it, massively pulling his shoulder back before setting off,

That was opportunity number 2

Throwing his whole weight into the widest swing imaginable (due to being pissed as a newt on New Years Eve),

That was opportunity number 3

Considering I had not had a drink at all that night, due to working there (as I said, my in-laws family business), I was as sharp as a pin, AND, as I said, after throwing a coat in her face I was more than ready for this.

Thank you for reading the blog in the first place though and best wishes for the future.

In my blogs I will try to give helpful advice and tips where possible, but I will not lie, so if there is ever anything that you do not fully understand, and perhaps even doubt, by all means feel free to contact me, and provided your question is polite and valid, I will be more than happy to explain further.

We ALL have the capacity to learn more, and we should all be open minded, because being closed off, disbelieving or narrow-minded will only serve to find a ceiling level and restrict our true potential.