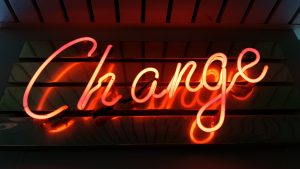 While being on holiday I’ve had time to think of many things (Wing Chun related of course) and while pondering topics for blogs I realized how much things had changed during my 30 years of teaching.

Some of my most regular class comments are things such as…

‘If ever there’s a problem with an advanced technique, the answer is always in your basics’

Now these ideas have never changed, and are still true to this day, however, sometimes when something is said to one student, it may be explained in a different way to another, or even to the same student but in a different way at a later date,

Firstly I would like to share a little of my early experiences of training with Grandmaster Ip Chun in Hong Kong, and in particular, the training of Siu Lim Tau.

I remember being told that when training the first section of SLT that I should only apply the energy when going forward and to keep relaxed when coming back.

This I trained for weeks, until that is when Sifu reminded me that I should only apply the energy when going backward and to keep relaxed when going forward.

I was confused, and I must say also annoyed, at myself of course for not listening and for making such a stupid mistake, BUT as we progressed, this changed again, and I started to get a little worried, thinking:

“What if Sifu is starting to get forgetful in his old age, I mean he’s in his sixties after all.”

So the idea is that as you progress, things change to suit your needs, and this should be left to the teacher’s discretion.

The problem here is that too many people go to a seminar, a residential course or even a trip to Hong Kong, spend a short period of time with a Master and immediately take as gospel, that what he said on that day is the way, the true way and the only way, but this is not always the case.

Whenever I give courses or seminars I will always try to give the standard blueprint, while at the same time explaining where variations may lie, how important/severe they may be and when they should be considered.

This is the same with my class tuition too, as I improve so does my teaching, and therefore so do my students, and sometimes I need to change the whole group if I feel a problem has occurred which has affected the whole class.

Sometimes I look at the way I have taught in the past and cringe a little, you see it’s the old idea that, ‘I am a lot better teacher now than I was ten years ago but not as good as I hope to be in ten years time’.

I have spent time in Chi Sau being rooted, but then realized we have no footwork!

I have seen lifting elbows, but after my correcting this by not using the thumb to Lap, we had weak Laps.

I have told people to never turn with an inside Pak (to help avoid Paking to the elbow crease), only to then have unrealistic static training.

So if any of my students have trained with me in the past, only to then see changes later, making them whisper,

Yes it has, and this is why, oh and you’re welcome.

Sifu Ip Chun once said to me:

“Wing Chun must be allowed to evolve, if it doesn’t it would be like never inventing the wheel”

To conclude then, if your teacher has changed the way they train something, do not worry and DO feel free to question why, the answers will not only settle any concerns you may have but give you a deeper understanding of what you are training in the first place.

Oh and one final thing, changing does not mean adding to the style,

it means simplifying it to find a better understanding.

“Anyone can add on to a system, the secret is to try to take away from it while still keeping it pure”