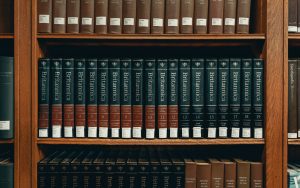 The Editors of Encyclopaedia Britannica

This was a nice little piece I just wanted to share.

My thanks to the Editors of Encyclopaedia Britannica

Energy, in physics, the capacity for doing work. It may exist in potential, kinetic, thermal, electrical, chemical, nuclear, or other various forms. There are, moreover, heat and work—i.e., energy in the process of transfer from one body to another. After it has been transferred, energy is always designated according to its nature. Hence, heat transferred may become thermal energy, while work done may manifest itself in the form of mechanical energy.

All forms of energy are associated with motion. For example, any given body has kinetic energy if it is in motion. A tensioned device such as a bow or spring, though at rest, has the potential for creating motion; it contains potential energy because of its configuration. Similarly, nuclear energy is potential energy because it results from the configuration of subatomic particles in the nucleus of an atom.

Energy can be neither created nor destroyed but only changed from one form to another. This principle is known as the conservation of energy or the first law of thermodynamics. For example, when a box slides down a hill, the potential energy that the box has from being located high up on the slope is converted to kinetic energy, energy of motion. As the box slows to a stop through friction, the kinetic energy from the box’s motion is converted to thermal energy that heats the box and the slope.

Energy can be converted from one form to another in various other ways. Usable mechanical or electrical energy is, for instance, produced by many kinds of devices, including fuel-burning heat engines, generators, batteries, fuel cells, and magnetohydrodynamic systems.

In the International System of Units (SI), energy is measured in joules. One joule is equal to the work done by a one-newton force acting over a one-metre distance.