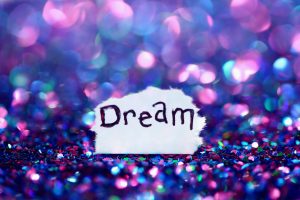 Improving in your sleep

Most of us have dreams and for the most of us, on most nights, but how long do these dreams actually last?

This was a question I was considering, and after a little investigating I was surprised to know that they do not last, as long as you may think, often only twenty to thirty seconds, building up to anything up to twenty minutes.

I love the idea that a dream, even if only lasting a matter of seconds, is a collective of all your thoughts and issues you may have had to deal with, as well as emotions battled with, all throughout that day, and when engaged in the dream itself, it feels like it lasted for hours.

Not to dissimilar to having to use your Wing Chun skills in a street fight, which may last only a matter of seconds (in real time), is a collective of all your previous training, and to some people, may feel like it lasted an hour!

The thing I would like you to consider is this:

to get back to that same thinking and same mental place?

If the answer is yes, then welcome to the world of Siu Lim Tau.

Is it not the same thing that when, in the early days of training the first Form, when we momentarily have our first mental and physical connection with that feeling of energy, we then spend the rest of that first section trying to reconnect with that very same feeling or sensation?

In just the same way as when we try to get back to that fantastic dream we were having (before the dog licked your face, waking you to the harsh reality that this was not in fact your movie star crush doing the licking).  🙂

This is the very essence of Siu Lim Tau, the ‘Little idea’ Form, allowing ourselves to enter into a particular state of mind, in order to free ourselves from the stresses of the day, allowing our bodies to run their natural healing abilities, there is no mystery here.

The job of our white blood cells is to rush around the body, healing wherever needed and generally taking care of business, but they are constantly up against it when dealing with stress, strain, nerves and tension, this is where focussing on just one thing helps and what we gain through playing the Siu Lim Tau.

Focussing on one thing allows us to not only get the most from what we are trying to actually do (building elbow energy), but it also allows us to get rid of the things that we do not need, and that is never a bad thing.

How much time do we spend in the wrong company, worrying over things we have no control over, being saddened by a mean comment on Facebook or a rumour at work?

None of these things matter and come from people who do not even know you, so why do we let it bother us so much?

Stay with people you love and who love you.

Focus on positive energies (Siu Lim Tau) and the bad ones will be eradicated.

Keep pleasentries in your daily thinking, trying to see only the good in everything,

that way your dreams will be pleasant too.

To give an example of this:

Over the last 30+ years of teaching Wing Chun, I have had so many students say to me that they wished they had seen Wing Chun sooner and that they hadn’t wasted time with their previous style, something I assure them is not quite the case.

I tell them that if they are happy now that they have found what they want (in that case, Wing Chun), then having changed even one thing in their past would not have brought us to this very meeting today.

Adding to this that their previous training, (if no longer feeling relevant to them), should only be thought of as a bonus, even if this is only for learning the mentality of that other Martial Art.

This is what I mean by trying to find the ‘Glass half full’ principle, when things are getting you down, think of one good thing you have, right now, a healthy child, a loving wife, a secure roof over your head or perhaps your general health, too often we do not appreciate what we have until we lose it, and there is always someone worse off than you.

I recently read a post on Facebook that said that Friedrich Nietzsche had something he called ‘The love of your fate.’

This is what it said:

The idea being that whatever your fate is, whatever the hell happens, you say, ‘This is what I need.’

Things may look like a wreck but go at it as though it were an opportunity, a challenge.

If you bring love to that moment–not discouragement–you will find the strength is there.

Any disaster you can survive is an improvement in your character, your stature, and your life.

This is when the spontaneity of your own nature will have a chance to flow.

Then, when looking back at your life, you will see that the moments which seemed to be great failures followed by wreckage were the incidents that shaped the life you have now.

You’ll see that nothing can happen to you that is not positive.

Even though it looks and feels at that moment like a negative crisis, it is not.

The crisis throws you back, and when you are required to exhibit strength, it comes. 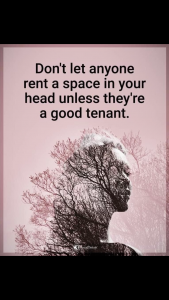