Do Not Plan Ahead 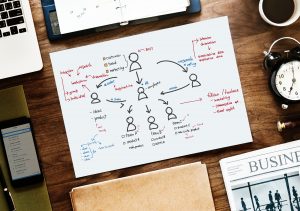 A student, when asked to show Gor Sau for an assessment, Gor Sau by the way meaning ‘Attacking hands’, (Which is basically normal Chi Sau) wanted to know what is was I wanted to see?

With the intent of getting it right.

Now, in this case I feel this was completely justified because of what is presented so much through poor teaching.

I had a guy once come to visit me, a Westerner, who had (in his own words) “Been over to Asia to learn Wing Chun for a year, the proper way, the Chinese way”, and might I add, he paid £4,000 for this farce!

Although this sounds awesome, poetic and noble, this is such a silly thing to do really, because not only did the guy pay £4,000 for the training, but he had to pay for flights & travel, twelve months food and accommodation while there, plus the fact he was not earning a wage.

Let us also not forget that he doesn’t speak Chinese and the guys at the school probably didn’t want to teach him in the first place!

All this became obvious when we linked up to play.

Right Tan & Bong with left Fook Sau seemed ok, but when I went to change to the left Tan & Bong he said he

had not trained that side!

Unbelievable really, but it doesn’t stop there, he took pride in telling me before this that he had mastered

all seventeen moves within Chi Sau.

I changed arm position and gave the simplest straight palm imaginable to his chest, which landed of course, to which he was shocked at being hit so easily.

“This” I said, “Was technique number eighteen” and smiled.

I let him down gently but what he had been taught was rubbish, and worse than that it was programmed rubbish.

I have a student with me at the moment who said he has on hundred and fifty techniques!

I feel as though I do not have any, and yet I can find every gap possible, and if there isn’t one, I make one.

I am not bragging by saying this, it is actually the opposite.

Not thinking of techniques or trying to get into a position to perform your favorite move, will allow you to be free, free to feel what is actually happening, right there and then, so when a gap does appear you’re on it immediately and effortlessly.

This is what we are playing Chi Sau for, not just to go through the pre agreed sequences or numbered arrangement.

Keep relaxed until energy is needed

Oh and a little extra tip, never do anything you cannot recover from.

150 moves, none of which needed

People like that guy will be buying magic potions next!