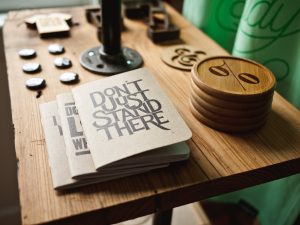 I was playing Chi Sau with a student yesterday when he made a comment on the fact that he found someone difficult because this guy was FAST and the same issue was discussed regarding a guy who was STRONG.

So I asked him a question,

“How do you defeat a boxer or a kicker or a grappler?”

The answer I told him?

“Not by boxing, kicking or grappling”

It’s ok to play someone else’s game in order to learn from it but do not be upset if you cannot defeat it, that is

their game, not yours, not yet anyway.

You’re rating yourself on something you have not studied yet, and that is unfair criticism.

Test it, see what’s good about it, and then go to the other end of the spectrum in order to defeat it.

If in a fight, if someone has longer arms than you, then you cannot use yours, you use your legs, so try to think with this same mentality.

What can I use to get around this problem?

Many people play differently with different people, depending on who they are.

Now obviously I do not expect a senior to beat up on a beginner but at the same time I do not like someone going easy on me out of respect, or thinking, ‘Well, I’m probably not going to get it in anyway’.

If that were the case, we’re just wasting each other’s time!

If we played a game of pool I would expect you to try to pot everything, and if you weren’t going to try to pot, but instead leave things open for me, then that game is doomed from the start.

All this will do is annoy someone, and, you’ll get no respect from such an attitude, it’s going to end up a case of,

‘Are we having a game or not?’

Well that’s thinking quite highly of yourself isn’t it!

What makes you think you can?

At least try first and fine out!

I encourage students (in Chi Sau I mean) to be a thief.

When I started training with Grandmaster Ip Chun in Hong Kong nearly 30 years ago, it was just him and me, in his flat, playing Chi Sau with no interpreter, but then again we didn’t need one, we conversed with our arms.

If he was hitting me with a technique and I looked confused, he would run the same move a couple more times

and then reverse the positions.

Now it was my turn to do the same move on him to see how he defends it.

A couple of attempts later and the positions were reversed again, and by gosh I better had learned to defend it or I would feel it for real.

So if you play with someone and do not know how to defend what they are doing, DON’T ASK, steal.

Reverse the positions and without them being aware, execute the same move back on them to see their response.

Hey Presto! You’ve got a new approach to training and taken their edge away.

In the UK we had a TV show called, ‘Ready Steady Cook’ where two contestants would have a limited amount to spend on groceries, each presented to their celebrity chef live, with the chef then suggesting what dish they will make from these ingredients.

Again this is like is like Chi sau, if your partner uses strength and you do not have strength,

DO NOT TRY TO USE STRENGTH!

You can only make a dish from what is in your own bag.

If you do not have the ingredients to make your opponents dish, here’s an idea..

So there you have it.

Differences in Chi Sau are good and let’s not forget, ‘there is no right or wrong, just different‘.

Use what you HAVE in order to defeat them, and if you do want to learn what they are using, don’t ask, steal it.

By all means ask them about their game if it interests you, but do try to take it first, this also makes for a much more interesting conversation later.