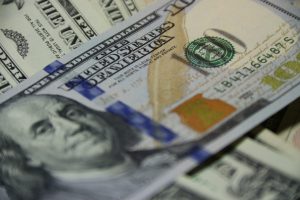 I originally wrote this blog two years ago and for a different reason, but after stumbling across tithes morning while writing todays planned article, I thought it was simply too good an idea not to share again, so here goes:

When you’re watching an action movie and you’re like, “STOP TELEGRAPHING YOUR PUNCHES!!!”

Now that made me chuckle, but it also triggered the memory of a few training tips which I thought I’d share with you.

These things have to look big on the big screen.

“What looks good in the movies is not practical in the street, and what works in the street is boring to watch”

Anyway, here’s the first fun and free training tip, something I used to love to do.

Let’s say you’re watching a movie on TV, like one of the Ip Man series perhaps?

Every time there’s a commercial break, drop into a deep Yee Gee Kim Yuen Mar and stay there until the movie starts again.

Mainly because you do not know how long that break will be and after a while of doing this you’ll be cursing the products on sale every time a new one present itself on the screen.

Plus, by the end of the movie, you’ve been entertained AND had a workout.

You’ll feel as though you were in the movie with them!

Another really simple idea I used to play with in the past was to make use of a barking dog or a muted TV set.

To explain;
Many years ago my neighbours used to have a dog, that barked, A LOT.

But instead of getting annoyed by this little……. pest, I decided to use it to my benefit.

I would settle into my stance and wait, and every time the dog would bark I would throw out a punch as fast as the dog could.
Sometimes this would be a single punch followed by a considerable wait and sometimes this would be a rapid exchange of punches (depending on what had excited the dog).
The point being that this reaction training was something out of my control.

I didn’t look at the dog, only listened through the walls.

And what if I had no dog to listen out for?

I would put the TV on to a chat show or sitcom etc. where dialogue was being exchanged constantly, but with the sound muted, and without trying to lip-read or anticipate the next verbal exchange.

Then, every time the camera angle would change, I would turn with a Tan and Punch, a Bong Sau, or whatever I needed to train at that time.

Another cost free training tip, this time for training your distance control.

What I would do, was to pin a tissue to the wall, with the pins close together so that the tissue was ruffled, and I would train to hit the tissue, not the wall.
As time went on and I felt more confident, I would make the pins further apart, until eventually the tissue was flat to the wall.

Combining this distance control along with the barking dog was always the best of fun.
Oh and in case you are wondering..

I never hit that wall.