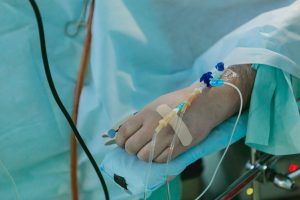 So if you happen to be so lucky as to NOT have a broken leg or a broken arm, do not wait until then to throw that ball or go for that walk, do it now.

If you want to do something, stop putting it off, do it today.

People say, ‘You only live once’

Not true, you only die once, you LIVE every day, so don’t waste it.

The UK is in lockdown and most people are stuck at indoors with many people being worried about having to homeschool.

Do not put pressure on yourselves, my wife and I decided to homeschool years ago and it was the best choice ever.  Three days per week we send the kids to a Forest school where they are under the supervision of qualified teachers, with the idea not being to teach but to allow the students to learn, at their own pace and with things they are actually interested in.

Incidentally this is also the approach I use when teaching in my Wing Chun school, not wanting to spoon feed information but more to guide students along the right path.

This is also known as the alphabet scenario, I will teach you all the letters and how to remember them (Siu Lim Tau / Chum Kiu etc.) but it is up to you to make you own words and sentences.

To some this may seem a strange idea but to me the present schooling system is flawed with too much pressure on children to reach grades and too young an age. 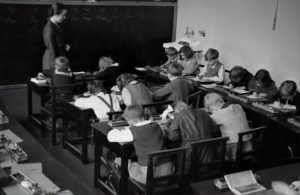 A child WILL learn to read and write, and so what if it takes them a little longer?

Many do not know that even Albert Einstein struggled and didn’t say his first words until he was four years old, with people thinking he had learning difficulties!

This is because it is something they are interested in, and in time this WILL cover all areas (with the tiniest bit of encouragement of course).

Personally I thought that everybody learned the same stuff when they went to school, but when I asked my wife about her lessons in history and did she also study, The Industrial Revolution, she said no, she studied The Egyptians.

A different year, a different group, a different topic, so it doesn’t really matter, BUT if you were able to study something you were actually interested in, you would probably excel in that subject.

Luckily I seem to have done ok for myself but left school with ZERO qualifications, not one, nothing, apart from in martial arts of course (which, as soon as I wrote that I realized, this was something I was interested in too!), just proving the very point to myself right there eh?

So to get back to my point:

Enjoy life if you are able to, as there is nearly always someone worst off than you (and if there isn’t then God bless you).

So kick a ball if you can, throw a stone if it is possible, train Wing Chun while you are upright, and if you are at home with your children, let them be children, read a book together, give them a hug and enjoy these moments before they grow up and leave home. 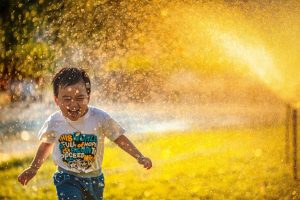 Don’t waste this time at home but embrace it, with fun family times and some great Wing Chun training.

Keep safe, keep healthy and look out for those less fortunate than yourself.