Are You Really Helping Your Partner?

Are you gaining in confidence or just a false sense of security? 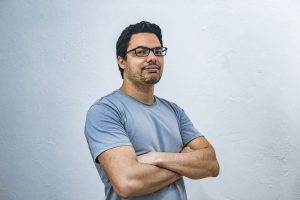 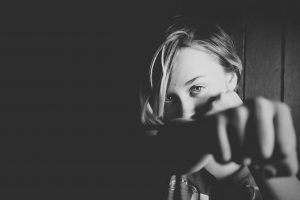 On Wednesday 9th May I posted a video blog, which focused on the importance of keeping still for your partner when training Pak Sau techniques (PARTNER TRAINING IN PAK SAU), if you’ve watched this blog I’d like this blog to follow on with that train of thought.

It is the easiest thing when being Pak’d for the practitioner to simply allow their arm to fall away, along its expected trajectory, without actually having being moved, and this brings me to a story I was once told by one of my most senior instructors, Sifu James.

By the way, Sifu James is still with us and teaches one of my main classes at the Wing Chun Online Headquarters.

It was about ten years ago when James was early in his training, and at that particular time in class we were focusing on the Pak Sau’s, a technique I might add, he felt he was getting quite good at.

This was until one day at a family barbeque when a friend asked how he was doing and what the training was like. The friendly questioning continued until the dreaded question was dropped, “Show me some then?”

He placed the mans arm out in front of him and made a light contact while in a Biu Mar stance, then, he stepped in with a perfect Pak Sau (Or so he thought).

The guy just stood there looking perplexed, wondering why James had just ballet stepped up to him (his words) and gave his arm a gentle slap.

James was even more perplexed.

Why did it not work?

What the hell is going on?

Of course, a moment later the bomb dropped and James realized how much he had been helped in class, in his Pak Sau training.

If you are being Pak’d, and you keep allowing your arm to simply fall away, THIS IS NOT BEING HELPFUL, in fact quite the opposite as it will only serve to give your partner a false sense of security, having them believe they are doing well when they are not.

The same needs to be said for ALL techniques.

If you are training a defensive move and are meant to be punching your partner, punch them!

I do not mean that you should actually try to hurt them or have any bad feeling or intent, but at least be on target AND IN RANGE!

This is the most important.

Too many people try to help their partners, or do not want to hurt them, therefore they punch short of range or veer off target at the end of the strike.

THIS is far more dangerous, as once again you will only give your partner a false sense of security, and they will be terrified if they ever find themselves in a real situation where the distance MUCH closer than they have ever trained in class.

When your strike is on target you will truly see the resulting affect of your training, and then you will genuinely begin to develop the confidence you deserve.