Are Personalities Noticeable in Chi Sau? 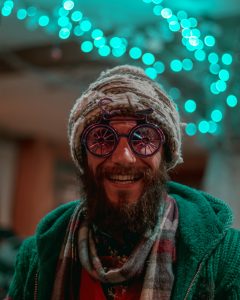 Are Personalities Noticeable in Chi Sau?

In a word… YES

For those of us lucky enough to train in a sizeable class we all know there is going to be a character or two, and this personality is sure to come out in their Chi Sau.

If someone is a laughable, joker of a person then it is more than likely that they will play with a knavish manor, laughing as they do so, always with a smile and probably the first to throw a cheeky move in.

The same is to be said for those of a shy personality, the kind of individual who is likely to play on the defensive rather than trying to take your head off and power through at every given opportunity.

If there is a strong character, perhaps someone who may be quite loud and bolshie, it is extremely unlikely that they will be allowing anyone to get near them.

In my younger days I worked as a barber, for over twenty years in fact, and over that time I would have had thousands of guys sit in my chair and discuss the world.

These people would range from white collar workers wanting to chat about politics, the financial market and the problems with staffing while trying to meet deadlines, and all before having to fly off for another high profile meeting, alongside working class lads, straight off the building site, chatting about horse racing tips and the size of ‘some birds’ knockers!

A mixed bunch to say the least

Now over these many years I often wondered to myself, who am I?

If I were to come in here and sit in that chair, who and what would the barber mold to?

Had I simply lost my identity through doing this line of work?

But it wasn’t until one day chatting with a student (yes there was a time when I had to work and teach class) when this topic came up, to which the students said,

“Well IS who you are, someone that can mold themselves into any situation, if you went to a black tie event at Buckingham Palace, you’d be fine, and the same goes for a rough old pub that most people would avoid like the plague”.

Now this is very true, and immediately helped me to settle a constant concern and identity battle I’d been having for all this time, and this was what I then realized about my Chi Sau.

I am the kind of guy who knows when to relax,

Knows when to take it seriously,

Knows when to power through and

Knows, when to have some fun,

All depending of course, with whoever I am training with.

We must welcome, embrace and even future this  ability to change your personality, to have the choice of getting in the right gear in order to support, and even become your weapon of choice.

Provided it is the right choice at the right time.

A softly spoken effeminate tone would probably not be the best choice when finding yourself in the middle of a full-scale riot, as too would a screaming match not be accepted in a library.

So do not try to have just one personality when it comes to your training, but instead work all areas, relaxed, powerful, long-range, close-quarter etc. as these are your characters.

This way you will be comfortable and able to settle into whatever game or situation you find yourself having too deal with.

Now who will you be today I wonder?