A Show Of Respect, To Everyone 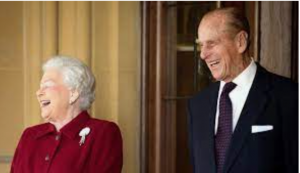 Today in the UK, it is the funeral of Prince Philip, Duke of Edinburgh, a man loved by many, and not so by many too.

As a Nation there seems to be a void between those who like the Royal family and those who think we would be better off without them, but whatever negative thoughts you may have today, it is worth remembering what they gave the Nation in the past.

Around the world right now we are still in the grasp of a global pandemic, something that we are all going through, have all been affected by and something that (I hope) will eventually bring us all closer together and help us to find the good in things as we move forward, rather than carrying any bitterness or anger.

For nearly all of us, this is as bad as it has been, but imagine the horror of a World War where millions of people lost their lives through fighting, a time when no one was not heart broken through the death of loved ones.

Well, it was at this time that the people needed some hope, some guidance, and to many people the Royal family (and by that, I mean the Her Majesty the Queen) played their part by bringing the people together, possibly because most people had **** ALL left anyway.

But this was a sense of pride in their Royal family, no different to a football supporter jumping for joy because their team scored a winning goal, and let’s be honest, if ‘your’ team won or lost, does it really affect you, no, not at all, not one bit, but when you work all week, earning just enough to put food on the table, sometimes you need an outlet and supporting your local team gives you a sense of pride and achievement.

This is how the Nation felt about the Queen after such terrible atrocities of war.

Now, in no way am I trying to push the Royal family onto anyone, that is not what this blog is about, although I do think the image this afternoon of a Queen who was there for everyone, for so many years, now will have to sit alone (due to Covid restrictions), while millions watch her around the world, as her husband is laid to rest, will be very sad indeed.

‘Do I think she should have different rules?’

But this image does bring home the stress we have all gone through over this last year, I personally have lost several friends and family members this year and felt terrible at not being able to attend their funerals.

No, the reason for this blog is because of something I heard on the news last night, a comment made from David Conner, the Dean of Windsor (who will be conducting todays’ ceremony), he said:

“Watching the funeral today will be sad for everyone,

and were unable to attend their services”.

It is for this reason that todays’ one minute silence at 3.00pm GMT, is not only for the passing of Prince Philip, but for all those we have lost who were close to our hearts and for those who we wish we could be with at this difficult time.

My thoughts will be with the Queen today, BUT also for everyone who may be suffering right now with their own hardships and losses.

We will get through this and times will get better for us all.

And to all those close to us we have lost