The Good, The Bad And The Ugly 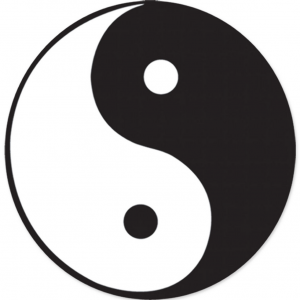 I recently wrote a blog referring to the beauty to be found within the style of Wing Chun, and I stand by this, however, by way of a Yin to my Yang I also unfortunately see some utter s**t from time to time too.

Now I am not in the game of trying to name and shame anyone, as not only is this childish but it may also unfairly affect the lineage of those they supposedly represent.

Of course there are charlatans out there who are simply making stuff up but I would still like to think even they have at least something to offer.

As Marie von Ebner-Eschenbach is quoted as saying:

“Even a stopped clock tells the right time twice a day”

Having had my school for nearly 30 years we are in the privileged position to welcome visitors from around the world who wish to train alongside us, and it is during these visits that I am often the most shocked.

Of course we only know what we are taught, nothing wrong there, but there is something wrong with never being open to new ideas, allowing a different train of thought, or worst of all, being told by your teacher to never look elsewhere.

Especially when sometimes it is actually the teacher that needs to be searching for extra study opportunities.

‘The man who claims to know everything is a fool, for his learning has ceased’

So learn from everyone and do what you need to do to be the best at whatever you do.

Trust in your teacher yes, of course, but should you trust them to such an extent that it may endanger your life?

Because if you do ever find yourself in a street situation, it will all be down to you and you alone, so learn what you want, where you want, and from whom you want, certainly if that instruction is clear and useful.

It is so easy for a student to be taken in just because of a teachers’ appearance.

And just because someone wears a Kung Fu suit, DOES NOT suddenly make them Ip Man!

The Chinese have a wonderful saying:

‘A donkey carrying holy books, is still just a donkey’

Expand your horizons and allow yourself to learn many different attitudes and approaches to YOUR Wing Chun.

This goes for teachers too:

I will always tell my instructors,

Any teacher discouraging or not allowing their students to expand their horizons and learn another viewpoint to their style, should, give you warning signs to their principles and intentions.

In no other field would you find this:

Could you imagine doctors wanting to go to a conference on the pioneering breakthroughs within keyhole surgery, only to be told by the director of the hospital that they cannot go!

Or viewing any kind of improvements or developments in any field of learning, should they be in computer technology, tattooing, bodybuilding, golf, and so on, in fact pretty much anything you could think of.

So why are we so focused on the single-minded approach when it comes to the study of Wing Chun?