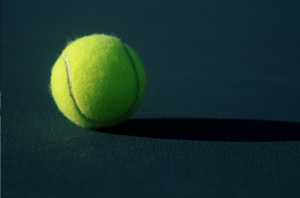 Anyone for Wing Chun Tennis?

After watching Andy Murray win against Oscar Otte, three sets to two, in his second round at Wimbledon, I could not help thinking about the strong connection between Wing Chun, Chi Sau and tennis, but then again, I do that with pretty much everything?

‘What connection?‘, you may be thinking, well think of this…

Too many people play Chi Sau with the intention of trying to get the hit in as fast as possible, this is like a person constantly thinking only about the destination without ever enjoying the journey itself.

Chi Sau is NOT a fight and therefore should be fun.

This is why we always refer to it as playing Chi Sau and not just ‘Having a go at it’.

When two people play Chi Sau with the right attitude it is very possible that very little would happen, attacking wise, because they will be playing with equal respect, a little like holding a grown up conversation, and not simply ‘Shouting!’ at each other (in other words using strong attacks), or refusing to say a anything (by keeping overly tight positions).

Some of the best sessions of Chi Sau feels to me a little like having a fun game of tennis with a pal, obviously I do not mean at a professional level, I mean when two people just have a knock around.

Think of the joy, if a rally (a single point) had been going on, knocking the ball to and fro for ten or even fifteen minutes, each of the players would be laughing their ass’s off with enjoyment, then at the stage when the point is actually and finally won, it almost becomes a disappointment!

This is because the fun of THAT particular game was in the exchange of returns and counter returns.

Imagine if you’d won a competition, with the prize being a single game of tennis, centre court at Wimbledon, on finals day, with Andy Murray, WOW!

You’ve looked forward to this day for ages, bought new shoes, new clothes, a new racket, had you haircut, had a massage and even a few lessons to get you ready.

But then he just blasts out ace after ace, without even allowing you a single touch of the ball.

That would be a horrible exchange.

So don’t always try to play your Chi Sau in this way.

Here’s a little video you may find interesting and is definitely worth trying.