What Do You Value? 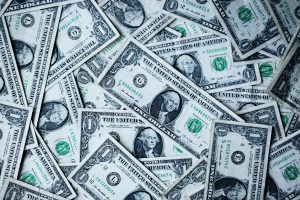 In the early years of my teaching, considering I was one of only thirteen disciples and worldwide representative of Grandmaster Ip Chun, I made the decision to make my school offer the purest Wing Chun possible, to be available to everyone.

No longer following the tradition of Wing Chun being, ‘The rich mans martial art’.

By not selling out, not charging extortionate fees or trying to make what I taught exclusive only to within the walls of my school, meant that I was genuinely helping people and spreading Wing Chun to the masses.

Countless times I was offered the chance to sell-out, to merge with other styles as a way of getting ‘Bums on seats’ (as it were), though I stuck to my guns.

I wanted to keep somewhere, where a person could should they want to learn Pure Wing Chun, where it had

not been bastardized or prostituted purely for profit.

In fact  my school fees have not risen for at least the last ten years and yet far too often this is not only unappreciated, but expected.

In fact to many this is still not enough.

People want steak for the price of a burger and some people simply do not know the difference (we’ll let those ones off).

The frustrating thing is this, can you imagine if you were one of only thirteen in the world at tennis,

Imagine what you would be charging for lessons then?

And it is the same for respect, when a person walks into a Martial Arts School and refers to the teacher on first name terms.

I’m sorry, but are we old pals then? NO!

When you go to see the doctor in hospital, a person you have never met before, do you call him or her by their first names?

NO YOU DO NOT.

And is this because of respect or is it because of the years of hard work and study they have put in, in order to achieve that title?

Oh hang on a moment, you mean just like the Kung Fu, Karate, Judo teacher has, although the doctor probably didn’t break any bones during their studies or exams.

I was once at a dinner party when a nice chap asked me what I did for a living, after giving him the answer he took onboard a condescending tone while telling me he was a doctor.

He smiled nervously and walked away.

It’s annoying when a student seems to expect that you dedicate your life to mastering an art, and then live as a peasant, probably in a shack in the woods, waiting for them to come along so you can part all of your skill and knowledge for free.

Personally I quite like being under a roof, and you know what, rent costs, I’m also quite partial to the odd meal now and again.

We’re back to the doctor again aren’t we, imagine them dedicating all those years of study and then asked to work for a pittance, mm, it’s not going to happen is it!

Well not unless you work for the UK’s NHS!

Years ago if you bought a roast chicken it cost what it cost, and you never questioned it, but as time goes on and supermarkets are willing to fit fifty force-fed chickens into a cage the size of a shoe box, the price of that chicken comes down.

We then get used to this price but later demand that the chicken be free-range, to have it’s own field, and probably only be sold after it died of old age, well that my friend would cost money.

The same could be said for filling up your car at the local garage, we used to just think that the price of fuel was the price of fuel, until the supermarkets made it cheaper and cheaper, who wouldn’t fill up there then?

But if you now have to call in at your local, small town garage to fill up, the first thing to pop into your head is probably ‘HOW MUCH?’, thinking that they are ripping you off.

THAT, people forget, is, the price of fuel, it’s only cheaper at the supermarket because of the profit they get back on your groceries.

Now the reason for this blog is not to encourage you to buy a free-range chicken or to go fill up your car, but to remind you of the value of all things, not only in monetary value but in life too.

If it’s worth it, then pay it, often you get what you pay for but sometimes you find a real bargain (And at just $10 per month!).

Appreciate the value of your health, your family, your freedom, your friends, your environment, and so on..

Life is too short to not.