What Are The Chances? 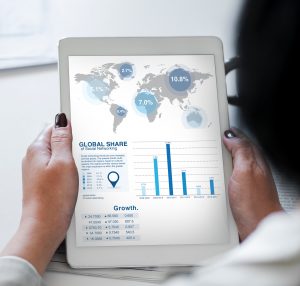 The other day I was teaching a private lesson for four of my instructors, with the focus at that time being on sparring, reading distance and their dangers (weapon of choice).

Now one of these guys is a previous Tae Kwon Do instructor with over twenty years experience.

This skill in kicking, added to his epic range, seemed to caused an issue for one of my instructors, especially when you also consider that my school is over 3,600 square feet, giving the kicker every opportunity to showboat his abilities.

The instructor in question then asked me, because he was having trouble with this situation, is this something that we should cover more in classes?

A valid point indeed, however we do cover such situations in class by learning to close down the distance, smothering them and taking away their range.

Now the point I want to address here is this, yes of course this needs looking at, but is it really something to worry about?

Let’s look at some figures…

First of all, in HIS case, HE, was concerned about a male attacker, therefore in theory, we can reduce the risk by taking away 50% of the worlds population (NO disrespect intended to our female practitioners).

Then we move onto the subtraction of NICE people (businessmen, company directors, religious followers and charity workers etc.)

Now we start to see how this demographic has drastically reduced.

So we finally get down to the small percentage we are concerned with, but being small does not make this any less of a concern to most, so let’s look at this area.

We’ve now got this down to a specific gender, age group and attitude.

And where might we find these people, in rough bars or on street corners?

Well here’s an idea, don’t go there then!

Okay, all joking aside, you’re in a situation and the demographic I, question is standing in front of you…

Has he trained in Martial Arts?  Half that number again.

He HAS trained in Martial Arts, so is he any good?  Half that number again.

NOW we get to the crunch, a trained Martial Artist who is excellent at his skill?

This is probably the very person who is NOT LIKELY to be starting a fight in the first place.

So again I say, what are the chances?

Master Ip Chun has a theory regarding the pole form, which is a little bit tongue in cheek, what I mean is,

don’t take this too seriously, but he says, to get good at the pole form you would need to

If you then wanted to train at the highest level you would need to find someone else who has trained the pole form for ten years.

If these two people were then to fight, this match would over in one or two moves.

Of course what this story doesn’t mention is that you could probably beat everybody else on the planet!

Just do not fall out with your training partner and you should be ok.

Just to recap then, if there is a threat that concerns you, train for it yes, but do not live in fear of constantly coming up against that person, because if they are that good they are probably not going to be the person starting the fight anyway.

This is the same when we look at top fighters and boxers on social media and television, they are NOT the type of people to get in a street fight, for the simple reason they do not want to risk injury and therefore the livelihood.

By training Wing Chun you will developing a constant state of awareness, not paranoia.

You can be ready for anything without having to be afraid of everything.