Understanding Techniques, Do You?

I always tell my students;

‘If you understand HOW something works then you will make it work better for you’.

Some teachers say the right stuff and teach the correct shapes but unless you know how and why something works, these become redundant, this is a little like giving a handgun and bullets to a long lost tribe.

Initially people would say this is an outrage and they would cause an up-roar.

Not necessarily, because the tribal villagers would not even know what these things were.

The danger is not in the weapon but in knowing how to use it.

We learn a Tan Sau (Palm Up block) for instance, and we learn our basic stance, Yee Gee Kim Yeun Mar (Character two adduction stance) and perhaps we know why they get their names and when to use them, but do we know HOW to use them?

It is not enough to understand the triangulation within these shapes, the lineage and redirection of energy, but we also need to know how to apply them in a real situation.

Faith in shapes is not enough.

When used in the street we must adopt the attitude of ‘Attack the attack’.

There is a saying;

‘I can teach you all the moves but I cannot teach you how to fight’.

Now do not be put off by this statement.

By this we mean that we all know of someone who simply has no Martial Arts training, but can fight, a natural fighter.

Personally I am not this kind of person, therefore I need to rely on my skills, and again therefore, in order for this to work for me, I need to know how these skills work, inside out.

I also tell all my students;

Too many students just want to be fast and powerful, but in order to gain power, they tense, this tension then causes a telegraphing of the move, resulting in the technique appearing to be slower than expected (and harder to control).

So what do they do?

They try to be faster still.

All you are then doing is speeding up a mistake.

Go back to the start and focus on the technique, correct THAT, then, reintroduce the speed and then the power will follow.

Now I am not saying that technique alone will defeat speed and power, IT WILL NOT.

What I am saying is that to be the best, you need all three.

When the detail is there, we bring in the speed, then the power.

Beginning your Wing Chun training with a Street Fighting mentality will only result in a telegraphed, overcommitted, muscular driven mess, in fact you’d be worse off than when you started!

You must know the source of the water you drink.

Think of this, if you put a drop of arsenic in bottle of water it could be very bad for whoever drinks it, but it would not be as dangerous as drinking from the bottle of arsenic itself.

Keep your Wing Chun pure, but know that when you use it, it is for real.

So the blocks you use will need to be,

Strength coming from application of energy, ONLY at the point of contact, and when you use it, lose it!

Attacks will need to be,

Attacks will also need to be,

Power comes from your ability to switch the power off as soon as it is applied, also allowing you to attack again and again.

Attention must not be,

The danger is not in the weapon but in knowing how to use it. 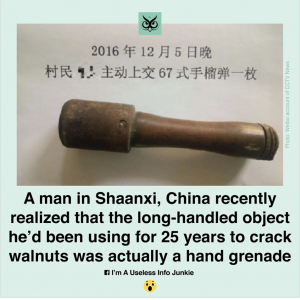 For further information on the basic stance please take a look at yesterday’s blog: