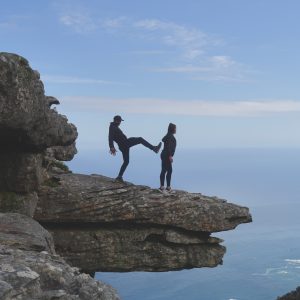 That’s not quite what I meant!

We can all appreciate the benefits of a using a good kick to the knee in a street situation, not of course with any intention of causing serious or permanent harm, but more along the lines of causing a massive distraction for your attacker and allowing you to either make your escape, or, a better chance to eliminate the threat from said individual completely (wasn’t that a nice way of putting it?).

In most kicking styles, when using a kick in sparring, there is either a weight transference from the back leg toward the front, let’s say in the case of a roundhouse, or, shifting the weight from the lead leg to the back in order to execute a front kick.

In Wing Chun however we traditionally opt for the Biu Mar stance, keeping slightly more weight toward the back leg,  but is this stance on its own not also telegraphing your intentions?

In this clip I use the principles of Wing Chun in order to use an affective front kick, from a 50/50 weighted stance, and, without telegraphing.

Oh and may I apologies in advance for my legs.  🙂