The Importance Of Training Slowly 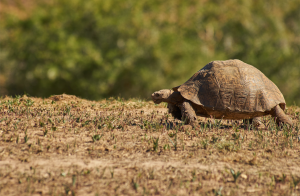 Training slowly is not as easy as you may think

Wether beginner or advanced, we all love to drill, but all too often this drilling gets aimed at only being faster and faster, sometimes resulting in mistakes simply being, sped up rather than ever improved upon.

I constantly remind my students to:

However, we rarely remove the speed or power to such an extent, that we almost run slo-mo.

By doing so can really give us the opportunity to see where we can improve within our overall training.

I decided to train this idea in my class this week, with the video below showing some outcomes.

The technique I chose was a Bong/Lap/Fak, following with a Lap/Palm (when/if the Fak Sau is stopped of course), the idea initially being to simply allow ourselves to feel the flow of the move, that being that as soon as we SEE the Wu Sau coming into play to block the Fak Sau, we lap it, but remembering to commit to the Fak Sau and not be expecting to Lap, (no block, no Lap).

It’s extremely likely that if you are reading this blog, then you can probably run a decent Bong/Lap/Fak and the like already, but this is often in Chi Sau, where a contact has already been established and you are relying on your sensitivity etcetera, (not your eyes) and this very understanding was questioned during this session regarding the second Lap.

“Should we not wait for the FEEL of the block before we lap?”

In this case, no, (especially when doing this slowly) because I wanted my students to use their eyes, with the understanding that this second lap, is in fact, still, first contact thinking.

I do mention this idea toward the end of the video clip by discussing the drilling of a hundred Tan-Da and the idea that only the first one was realistic as that one would be coming from a neutral position, with the remaining ninety-nine being drilled from one extreme side the other extreme side.

This idea of running techniques slow-mo, is also a fantastic way of training your Forms, discovering how often you may be rushing from one shape to the next without fully (or ever) thinking of the path this move takes?

Give it a go, you may be surprised.