A Hard Truth About Knife Attacks 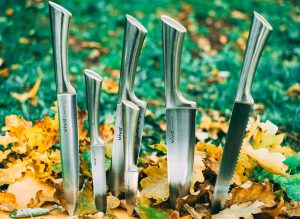 There may be a few people may read this and think, ‘This is not Wing Chun?’ and directly, it isn’t, BUT, what I am referring to here is the flippant attitude to knife defence, whether used in Wing Chun or whatever your style, so do please give this your attention.

I’m sure many ‘would be’ gangsters and bad boys, are carry knives thinking that it makes them tough, with the attitude that if someone is acting up, “I’ll give them a little jam with my blade”.

I’d like to start this short blog with a surprising statistic.

If you get stabbed, there is a 30% chance you will die!

Now straight away some of you may be thinking, ‘Well surely that depends on where you get shot?’

Let’s assume that whether shot or stabbed, they both would be in the same place.

Now there may be various reasons for this;

Whatever the reason, the statistics still remain.

This next piece I have never written about before but wish to share it now in the hope that it may make at least one person think before they act.

Many years ago now, on cold, dark, November evening, around 5.45pm, I was just approaching may school (for a 6pm private class).

I drove around the corner, away from the street lights, and noticed a drunk guy, lying on the ground, curled up on his side, against a wall.

I got out of my car to see if he needed any help, he told me he’d been stabbed.

Immediately I called the emergency services and asked for an ambulance ‘Urgently!‘ as I rummaged in my car boot (trunk) to see what I had.

Luckily there was a very old karate suit and other outfits, which I was planning on throwing away.

I grabbed the suit, rolled it up into a ball and pushed it into his stomach, trying to pack the wound.

He was laid on his left side, so I straddle him and twisted so that my right knee was pushing into his stomach and my left calf prevent him from moving back.

I talked with him, asking him questions, trying to keep him awake, during the ten minutes it took before the Police arrived I knew his name, where he lived and the fact that he was just 21 years old and had a baby daughter.

This young man wore a thick gold chain, rings, a fancy watch, and all the markings of a ‘tough’ gangster, unfortunately this all proved to be just a façade as he screamed in pain for his ‘Mummy to not let him die’ in the brief moments he was fading in and out of consciousness.

I am NOT making fun of this young man, this was a terrible incident where, as I discovered much later, a drug deal had gone badly, carrying with it horrific consequences.

Although the Police had arrived, they couldn’t do anything apart from keep the area clear, asking me to,

just keep doing what I was doing (to keep him awake and get information).

It was twenty minutes more before the ambulance finally arrived, struggling with the rush-hour traffic.

Unfortunately by the time the ambulance arrived it was too late by then, the boy died in my arms.

As the paramedics picked him up and put him in the vehicle, I heard them saying how there was little point continuing with any resuscitation.

I felt like time was standing still as I remained in the same place, just sitting on the ground with a blood drenched Karate suit across my legs, flashing lights all around, the noise from the traffic a distant hum, and just thinking, ‘What just happened?’, ‘I was only going to class’, which obviously I’d forgotten about completely as some of the early students were starting to arrive.

I was taken to the Police station for a ‘chat’, it must have been a bloody long one as I didn’t leave there until

So to sum up this blog;

If you are thinking of carrying a knife;

If you think you are willing to take on a knife attacker when there is an alternative, take the alternative!

If you are thinking of teaching knife defence, please think very carefully about this and

DO NOT play with peoples’ lives.