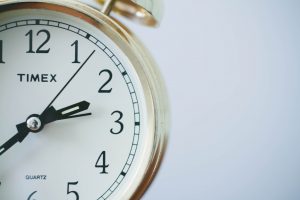 If you truly want to learn

Too many people quit too soon, in whatever it may be they are doing, going to the gym, learning a musical instrument, reading a novel, whatever it is, the point is that we need to give things time.

Once you’ve decided you want to so something, in this case to learn Wing Chun, then stick with it, at least for a respectful amount of time.

During my beginner courses I would explain to the new students how Wing Chun is designed to be simple and to work in harmony with your natural body reactions, having only three main blocking positions (Tan, Bong Fook Sau), three main attacks (Punch, Palm, Biu) and the addition of Pak Sau and Lap Sau.

All true of course.

At the end of the course (after having learned all of these moves including Dan Chi. Lap Sau exercise and Poon Sau) I would tell them that in ‘SOME’ ways, they had learned the basics to set them on their way.

That they had learned their A,B,C,’s and now we would begin, over time, the forming of words and sentences (as it were).

I stopped doing this some time ago when I realized that many people were taking this literally and thinking:

‘Is that all there is to Wing Chun?‘

Therefore I had to admit that in some ways this was as much my fault as it was theirs.

I found it amazing the amount of people who would come to me saying things like they did Karate for a few months but stopped because it was rubbish, when what they should have said is that they were rubbish at Karate.

And is it any wonder anyway?

You only did it for a few months!

I like people to be serious about what they do and to give it a real go, to stick with it and to persevere.

In the early days you will learn new stuff every day, but at some point you need to hold back a little and drill the stuff you’ve done so far, and it is at this point many people get bored, feel as though they are not learning anything new, and begin planning their departure.

When new stuff is offered in your training it should be taken ‘As well as’ and not ‘Instead of’, therefore each new piece of information, each new technique or skill, unless given time to physically and mentally digest, it will simply not gel.

This is not boring, this is training, this is drilling, this is your right of passage and the thing makes the difference between them and us.

I love the old story of the Master who made it known to all that he had decided to take new students.

The next day 100 people turned up at his school, to which he made them all drop into a horse stance for several hours.

The next day only 70 people turned up, and again he made them all drop into a horse stance for several hours.

The next day only 50 people turned up.

Then 6 and again the same thing, making them all drop into a horse stance for several hours.

The next day just one person turned up at his school.

This time the Master said,

“Now we will begin your training”

When the student asked,

“Why did you not train the others?”

To which the Master replied,

“They would only have left in time anyway”

Give your training the time it deserves

Train hard, train every day, and you will get the rewards you deserve.