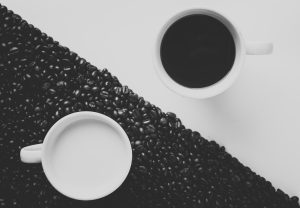 We need to be aware that what we train in class is not always what is applied in the street,

class work is how we train extremes.

It’s like the saying, ‘Train hard to fight easy’.

Nothing is carved in stone when it comes to Wing Chun, although there are guidelines to which we adhere.

Do not rely on muscle strength

Never do anything you cannot recover from

And of course the core principles of Wing Chun:

Conservation of energy, and minimum movement

Sarm Bok Mar drills are a good example of this, the super wide stance and exaggerated stepping is purely there to better understand the grounding we are training, should we need to ‘Lock horns’ as well as the ability to move the body as a whole.

In Biu Mar stance we have 70% of the weight on the back leg, realistically this would be more like 60%.

I must admit to feeling a little nervous about sharing this information, as to mention this in a class or too early in someone’s training, could easily create laziness in a persons training.

The same again MAY be said for a turning stance?

What I am saying is that it’s ok to just twist at the waist IF, the turn is only slight, BUT if you need to get the hell out of the way, you’ll probably need the feet too in order to save your knees getting damaged.

Now I started this blog by calling it:

So here’s something to get your teeth into.

Your attacks will always go DOWN centre

Your defence will always involve getting back ONTO centre

Any martial will always been learned in 3 stages

Siu Lim Tau as a form follows these principles:

The structure, focus, direction, stance and so on (as well as the obvious, Elbow Energy of course)

These are all defensive moves

What we also train in the First section of Siu Lim Tau is the straight line that we will later attack down and protect, oh and in case you’re wondering, we’re protecting it so the WE can then attack down it.

And as for the defence, just look at section three:

The direction of the Pak Sau, the scooping of the Tan Sau and it’s the same for the Bong and the low Garn.

And if your thoughts now go to the defence of a hook by turning with a Biu, you will still need to turn with your defence but be straight with your attack.

This is also the same when using a straight Tan Sau, because it’s not really going to be straight is it?

The Tan would scoop to centre, deflecting the straight punch away, and if your attacker had not punched down centre then it looks like they probably had a few drinks too many!

I hope this makes sense?

Considering this while training may help to answer questions along the way.