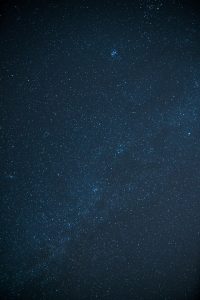 A strange thing happen in my village last night, around 22.25 I was watching a little TV before bed when I heard an airplane flying overhead, nothing wrong there, but after a while I noticed the noise had not yet gone.

I paused the TV just incase it was coming from the show I was watching, but no, it was still outside.

I went out to take a look and the thing was massive, flying very low and very slow, off in to the distance, and the thing that struck me the most, was that there was just the one red light at the back, flashing very slowly, not like the usual lighting found on your standard passenger aircraft.

In fact it was so slow that I had time to go upstairs and wake my wife so that she could take a look too.

Thirty minutes later, at 22.55 it was back, following the same flight path, same height but this time much quieter, a big fat thing with one engine on each wing, I was able to video this bizarre thing and could only assume it must be military.

At 23.15, I went outside again and got myself ready to enjoy flyby number three at 23.55, unfortunately this did not happen but what did happen was an amazing fifteen minutes of star gazing.

When somebody sees a good technique in Chi Sau or a beautiful Form, just like watching the Ballet, people do not realize the mayhem that has gone in the passed, to get to that one point of clarity and beauty.

There’s a definite Yin and Yang element going on here where somebody may see something of pure beauty but not realise there’s the ugly bit of hard work in the middle, or perhaps somebody may only see Wing Chun (or whatever you choose) as being ugly due to the thought of hard work, blinding our chance of that rewarding nugget of shear bliss when everything falls into place.