So You’re A Martial Artist Are You? 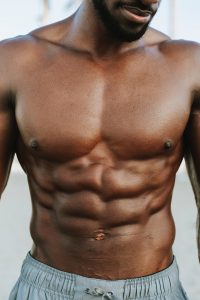 ‘Martial arts. … Although the term ‘Martial art’ has become associated with the fighting arts of East Asia, it originally referred to the combat systems of Europe as early as the 1550s.

The term is derived from Latin and means

I always find people’s preconceptions a funny old thing, the way they believe someone should look a certain way, wether this is girls trying to be anorexic or men being muscle bound, especially when it comes to them discovering that you, ‘Do Martial Arts’.

Personally I am not a muscle bound Bruce Lee type, but at least I can do what I do.

Now you may be thinking;

“What the hell are you talking about?”

When teaching techniques in my school, I will often remind students that;

‘We do not get into a position to do a technique,

We do a technique from the position we’re in’

And this is a similar mentality to a persons physic.

A power-lifter for instance will look dramatically different to a marathon runner, but this is not down to choice but to the outcome of their training.

I am not for a moment saying that you should never go to the gym, or keep healthy, or work on your beach bod.

It’s fine to want to build muscles for cosmetic purposes, and provided you built the right muscles, it may even help you in your self-defense.

What I am saying is that Bruce Lee did not look the way he did JUST from training in the martial arts.

After pondering over this phrase of doing Martial Arts,

I decided (just for the fun of it) to Google the name ‘Martial Arts’.

Here’s a snippet of something I found:

“At first, you should note and know that there is only one art of the sword, and this art may have been developed some hundred years ago.

This art is the foundation and the core of any fencing art and Master Liechtenauer understood and practiced it in its completeness.

It is not the case that he invented this art – as mentioned before – but he has travelled many lands, willing to learn and experience the same real and true art.”

“And this very art is honestly real and true and it is about moving straight and simple, to the nearest target, taking the most direct way.

For example, if someone intends to strike or thrust, it goes just like if a string would be attached to the sword and the tip or edge would be pulled to an opening of the adversary – who should be the target for the strike or thrust – resulting in taking the shortest way to the nearest target as possibly.

That is why the same true fencing will never employ beautiful and wide parries nor large round moves which are just useful to entertain spectators.”

The Germans originally used the term Kunst des Fechtens (the art of defence) to describe martial arts. It encompasses everything from unarmed to armed combat in and out of armour.

Today fechten means fencing but originally it meant (as well as fencing) defence not implying weapons even though it was a very widely used term to refer to armed combat.

From the Nuremberg Hausbuch (dated ca. 1390)

So forget the movie sword fights.

And forget the Movie bodies.

Just train what you train, look how you look, and enjoy who you are.