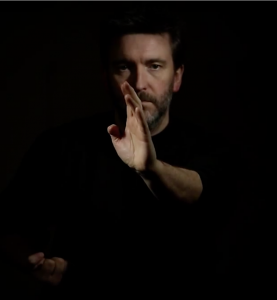 I often refer to the principle of ‘Less is more’ and have posted several blogs in the past using this idea, and over a whole range of areas, in this blog however I wish to use this idea within the practising of Forms.

Initially this does seem a little odd that I would recommend training your Forms less, of course I do not recommend doing this is the early stages, or even early years, or your training, but thinking more as you mature into your Wing Chun.

When a student beings learning a Form, it will be expected to be precise, however, this can possibly become too precise, overly rigid fingers in the first section of Siu Lim Tau, leaning back throughout Chum Kiu, or perhaps just bashing the hell out of the Wooden Dummy as though your life depended on it.

And just in case you didn’t know…

All of which are wrong.

This morning I was out in the garden early and pottering around in a T-Shirt and joggers, it was chilly but where I found a chink of sunlight creeping through the trees, I decided to drop into my stance and play my first Form.

In no time at all the cold temperature had left my thoughts and I was In the zone, really feeling the energy within my arm and wanting to hold onto this feeling throughout, the side effect of doing this was that my movement became very short and my hand positions looked like that of a waxwork figure who’s hands had melted, my changes had little to zero circling throughout, but, the whole thing felt amazing.

The outcome of this was that nothing was for show, it was all about the feeling, giving me 100% rewards. 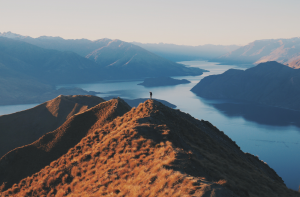 The ups and downs of training

Looking purely at the Siu Lim Tau for a moment, when you first start learning the Form, after having put the hours in to learn the pattern that is, we start the process of developing energy, this starts with you trying to encourage this ‘feeling’ little by little, which is pretty obvious as we do not even know what energy is yet!

This is like the start of the hill or the base of the peak.

Then, after some time, when we know what we are looking for, we begin to add more and more resistance in our hands to encourage the further development of energy in our elbow, this begins reaching and takes us to the peak, the top of the hill.

This idea builds and builds until we get to a point where the idea of connecting any ‘hand tensions‘ in order to draw power from the elbow, is simply not needed, and we are able to apply power (energy) to the elbow, while still keeping the finger tips and the upper arm completely relaxed, now we are on the other side of the hill, where power becomes more easily available and quicker to recognise, with things falling into place as we coast down the other side of the hill.

So now and again, ask yourself,

“Do you need to be that tense?”

“Do you need to be so aggressive?”

While still achieving the same goals.

What you MAY be using to push you forward,

MAY be the very thing holding you back.