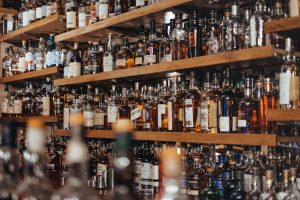 I would like to start this piece by apologising for the lack of blogs this month, the truth is that after the passing of my Wing Chun Uncle, Master Ip Ching, I have not been in the mood to write anything.

His funeral was this week and my heartfelt thoughts and prayers are with my Sifu (Ip Chun), to the entire Ip family and to all Ip Ching’s students and followers.

It is on occasion like this that we often raise a glass in honour of the deceased, and this had me thinking of something connected.

Many times I have been asked,

“Why is it that if both brothers were taught by Ip Man, that they appear to have different styles?”

Now this is a fair question to which I have two trains of thought:

Firstly, Ip Chun once told me that “50% of your training comes from your teacher and 50% from yourself”, which leaves a lot of room for changes, the second reason is that Wing Chun SHOULD be open to interpretation, as this is what makes it applicable in so many different situations.

A downside of this can be that if someones interpretation (now how can I put this)….  sucks, and this is the first a beginner has seen of Wing Chun, then it is easy to simply think that Wing Chun, sucks.  Now I am not badmouthing anyones Wing Chun or saying any individual sucks, I am just saying that if a beginner does not gel with the instructors way of teaching, this could have negative outcome to that beginner.

Of course I am not suggesting that as teachers we sell out just in order to get bums-on-seats, quite the opposite, in fact if a student doesn’t like the way you teach, balls to them, I am just saying that interpretations can be so misunderstood that the end result looks like a different style altogether!

I’ve often heard people talking of a single experience of seeing Wing Chun and being put off, unfortunately this is usually that they’ve either once visited a small class, caught a glimpse of something on YouTube or had the bad experience of spending time with someone who probably did not know what they were talking about.

Whichever one it was, it had them immediately dismissing Wing Chun as either  ‘Not for them’ or just ‘No good’.

This is very similar to when my wife and I, made a visit to Scotland and called into a whisky shop in Edinburgh.

Becky (my wife) was offered to try some of the huge range of bottles on display but she simply said,

To which the man replied,

“I’m sure it’s just that you’ve not found the right whisky for you”.

And he was right.

A few samples later and BINGO, that was the one for her.

Now some of you may be thinking, ‘Well after 20 samples of course it’s going to start tasting good’, but this one did!

By the way, the interesting one about this particular whisky was it had  a chocolaty finish to it.

Anyway, my point is simple:

Don’t judge a book by its cover.

Don’t judge all whisky by your first ever taste.

Don’t be put off by viewing one bad version of Wing Chun.

Always be openminded and don’t assume that all Wing Chun whiskies is the same.

You just need to find the right school for you.