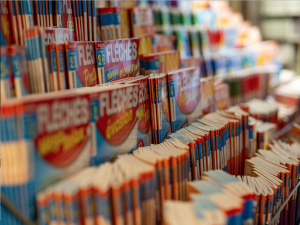 This morning after getting my kids out of bed, dressed, teeth and hair done, fed and occupied with some work, I then managed to get a few minutes to myself where a relaxed on my bed and grabbed five minutes on a word game I enjoy playing.

The game in question is a phone app called ‘Wordscape’ with the idea being that you are given a certain number of letters (usually 6 or 7) and have to find all the words you can using only those letters, with the words that the game is looking for, filling in the crossword style blanks, and any words not requested by the grid, being banked as a way of later offering bonus points (I’m starting to sound like I’m selling the thing don’t I?).

Anyway, the reason I mention this is because last night, I also had some time on this, Wordscape game, before going to sleep but found myself completely stuck on trying to find a particular seven letter word (hence my wanting to finish the thing this morning).

It turned out that the word they were looking for was ‘Seaside’, which I not only saw as glaringly obvious the very moment I switched the game on again but this also got me thinking of that strange situation when you are focussing so hard on something that you cannot see the wood for the trees.

This is a little like those ‘Magic Eye’ pictures, a most curious thing, as it is not until you relax your eyes and almost stoplooking for the image, that the image then presents itself to you.

This whole experience reminded me of Wing Chun, and in particular something that my Sifu once said to me in Hong Kong regarding who to deal with a student struggling with a particular technique.

When I asked Ip Chun what he does to help the student in difficulty, he simply said:

“Just walk away, leave them.”

Now at the time I was shocked!

‘How can you be so cold and unhelpful?’

But then I realised what he meant.

When a student is struggling to get something right, of course they need guidance initially, but after that, the last thing they want is the pressure of a teacher standing over them, watching every mistake they make and breathing down their neck constantly.

‘Just walk away, leave them.’

This way they are allowed to explore for themselves, even make those mistakes, but with the idea of discovering why it might be wrong, and how they can better understand it to make it eventually better work for them.

Obviously Sifu did go back later to check on their progress, and rightly so, just as planned, they had relaxed into the move and were now far more able to take constructive criticism.

So, if at first you don’t succeed…

then take a break before you…

Otherwise, you may drill into you something which is completely wrong and will take you longer to lose what you had drilled in order to relearn what you should have done in the first place.

So go easy on yourself and take the pressure off once in a while,