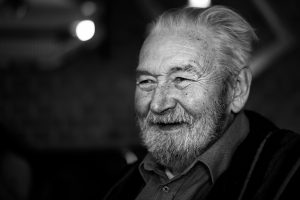 Often, age is but a number

As most shops open their doors again, as well as restaurants, bars and places to enjoy a family day out, we also seem to be on the brink of our Wing Chun schools opening up again too.

Of course we all know that it is ok for Gyms to open and even some martial arts schools who spar wearing gloves and head protection, so it is only a matter of time before we as Wing Chun practitioners are allowed to roll arms once again in Chi Sau.

So many people have suffered with their health during this prolonged lock-down period, seeing very little exercise, and many have considered getting themselves fit again, perhaps even starting a martial art, but we hear so often from these people:

I wish I’d done it years ago”

Well, if you are thinking of starting Tae Kwon Do or Thai Boxing, then perhaps you are right.

But if you are thinking of starting Wing Chun then no you are not.

Because in Wing Chun age means nothing!

For most styles it is a good thing to start young and, if trained properly this should stay with you for the long term, but what do we mean by long term?

When I started my martial arts training back in the seventies it was in Aikido, later settling on Karate, a style I have great admiration for and studied for over six years up to Shodan (Black belt) level.

Incidentally, for me things changed when I started to enter competition at Brown/Black belt level, basically I did not feel like I was very good at Karate (do remember that I felt it was me that was lacking, not the style).

So, to improve my chances in competition I studied Muay Thai to develop my legs and went in search of a style I’d heard of called Wing Chun,  for hands and close range.

I think we know where that led.

When I was training Karate I had great admiration for the old masters such as Gogan Yamaguchi and Mas Oyama, who also famously trained old school, in the snow, or under waterfalls, repeating the same technique over and over until they collapsed.

Slight men in their stature, lightweight and hardly over five feet tall, but as powerful as a bull, and yet how did they spend the later years of their lives?

With chronic joint pain and (so I was told by my teachers) sometimes taking hours to get out of bed after requiring massage treatment in order to do so.

So what about starting Tae Kwon Do?

A style reliant on not only high kicks but jumping high kicks.

A style originally designed for getting people off of horse back!

Fancy starting that at thirty seven?

Only if you’re already as fit as a flee (whatever that expression means?).

Oh yes, a style that requires peak physical fitness and conditioning, which carries a fighting guard with the mentality, ‘Protect the head, the ribs can heal’.

Oh and another small point to back this up, in Thailand, professional Thai boxers retire at around nineteen years old!

Please know, I am not knocking these styles, not one bit.

Every style has something to offer.

In this blog I am simply talking about choosing a style when you are no longer a spring chicken.

So going back to Wing Chun and Master Ip Chun for a moment.

Not only did Sifu Ip Chun not start his training (for real that is) until he was thirty seven years of age but is still going strong today, attending and teaching his classes daily, and all at the age of Ninety Six!

I myself have had students join my beginner courses in their sixties and seventies and had little or now problem with learning. 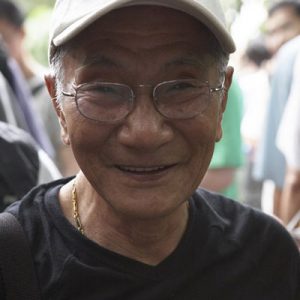 One of my favourite quotes from Sifu Ip Chun is:

That depends on what martial art you are considering learning.