Knowing Where To Find It 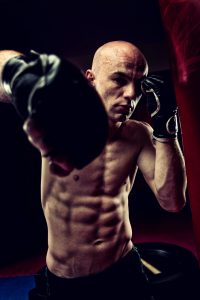 Is Wing Chun too strict?

This is a statement I have heard many times, with people referring to:

The two things that Wing Chun does not have

These being, head height kicks, and grappling.

Well, if this were to be true would it matter?

I say, if this were to be true…

Let us start by taking head height kicks, it is correct that we do not strictly use these in Wing Chun, (not when the person is standing anyway) although in my opinion, kicking to head height is like punching the ankles, or even worse, headbutting their feet.

Let the hands deal with the hands and let the legs take care of the legs.

Therefore it is not really missing something if we never agreed with it in the first place.

As for grappling, well it is true that we would much prefer to take care of the situation before we get to the ground (with the greatest respect of course), but isn’t that exactly what Chi Sau is about?

The discovering of what bends which way and what does not, to control the arms and prevent flaying strike from our opponent while applying short sharp bursts of counterattacks ourselves.

Grappling is a great skill to have in addition to any style, but it should not be your first choice of action.

The Gracie method for instance, as brilliant as it may be in being made for purpose, was designed for attacks when on the beach, where staying upright may be difficult and you may already be on the ground (sun-bathing perhaps), not so practical in an English pub when your attackers’ two pals are kicking your head in.

We may all learn to drive, but we will all drive differently

In Wing Chun, nothing is carved in stone but there are simple guidelines we choose to follow, so DO be openminded to your understanding of applications, especially in Forms.

In the same way, it may be said that there are no Boxing type attacks, such as hooks or upper-cuts’ in our style, but why are there not, after all, Wing Chun IS a form of Boxing, Chinese Boxing.

Chinese Boxing being a principle more than a style, Fast hands, strong legs

If you find yourself in a tight position, with one of these attacks being available to you, then why not use it?

As long as you:

So where do we find these kinds of strikes in our Forms, if everything is supposed to be in there?

Let’s start with Chum Kiu 2nd sec. after the last Bong Sau, this twisting action could be used as an upper-cut.

And the strike used after the last Gum toward the end of the Form this too?

This is certainly noticed in Biu Gee when following the double Laps.

‘So what about hook punches then, where are they?’

Well how about the turning Lan Sau/Pie Jarn’s in Chum Kiu section 1?

Why could this not be thought as a tight hook punch?

The point is, make your Wing Chun work for you, and if the situation calls for you to go slightly off grid for a moment, then so what?

As long as you:

Whether this crossing centre, using tension or losing focus, remember, the principles of the system remain the same.

But, if you DO need to bend the rules in a crisis, then bend them, just don’t break them, as has been the thinking behind all our previous training, not being ‘Too strict’ but being precise and being diligent in our understanding, so when push comes to shove, we will know where and when to stop.