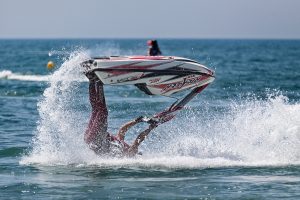 It’s ok to make mistakes, providing we learn from them, this way every class, every roll and every sparring session means that you will come out on top, because you will have learned something.

I’ve heard many times people making fun of the ‘Posing’ guard used in Wing Chun, and I would have to say, more often than not, they would be right to do so.

Fighting should be a last resort, but if you need to do so, do not go and show your hand by putting up some fancy guard!

If so, all you’re going to hear from your attacker is,

And let’s not kid ourselves, that is all it is, an advantage, a slight advantage at that.

Just because you train a martial art it does not make you super human, you still bleed and feel pain, what training a martial art MAY do is give you an edge.

I believe however that Wing Chun gives you that bit more of an edge, provided you do not give the secret away.

This is not the 1970’s when we were expected to warn our attackers three times of our martial abilities (like anyone ever did).

There is nothing noble in you standing proud, making a statement and then getting the sh*t kicked out of you.

My advice is to start coughing, hold your chest in pain, develop a limp if it helps, and then when the aggressor feels like this is going to be an easy fight, smack em!

You may call it a sucker punch but in this case however, I would NOT.

You didn’t start the fight and you would know when to stop it.

In my classes I tell my students:

Therefore do not train every session with a movie style guard, get it wrong occasionally.

You must not assume that in the street you will always have the perfect shape, in reality this would be stupid to think so.

If you panic and just try to dodge a punch, ending in a poor position, don’t worry, there is always an ‘out‘.

This very same idea is being approached and understood when we train section three of the Wooden Dummy form (The Mun Sau).

Getting it wrong while sparring in class, is a great place to see how you can recover from such mistakes, and this is also the best way of creating new form applications.

If you do something, and it seems to work, find where in the forms there is something similar to use as a blueprint, and hey presto, you’ve just found a new application for that form move!

Never jump to miss-conclusions in a technique without trying to understand what may be being approached mentality.

That would be like laughing at a professional boxer for using a skipping rope, and if you do, let me know how you get on?

After you wake up that is!