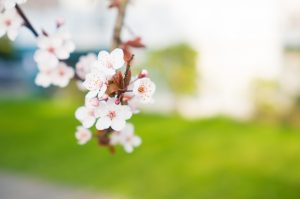 Today should be called ‘Wing Chun Day’ as it is a beautiful day here in the UK and of course Wing Chun means, Beautiful Springtime.

Therefore I thought what better blog for today than to give you a simple and straight forward top tip on one of the most important areas of the system and also one of the most commonly flawed.

(Or in this case, the Stance).

The reason I say one of the most important areas of the style, is because of the longevity of studyplaced on this by Grandmaster Ip Man .

Traditionally he would have a student train Siu Lim Tau for one year, then Chum Kiu for a second year, only THEN did he believe you were ready to learn the turning punch.

In 1969 he decided that perhaps this was a little dragged out and so changed it slightly, the Siu Lim Tau was still studied for one year but then the punch taught, with the idea being that the Chum Kiu through the second year would assist in its improvement.

When using a turning stance by turning on your heels, do your feet seem to go wider and wider apart?

This is a typical issue to tackle so don’t be too concerned.

Now there are many reasons as to why this may be happening, from the camber of the floor, the grip, the type of footwear, weight distribution and so on.

In fact, if we were look very closely at your feet from beneath a glass floor, we would discover that even the best of us will be moving all over the place during the move, and yet over time never seem to have left were we initially started.

So what is it that one person is doing that you are not?

To deal with this properly we need Prevention rather than cure.

If after a dozen or so turns, you feel your stance has widened, on the next turn of your stance, pull your front foot in to recover.

The idea being that when you feel this imperfection after twelve turns, start to look for the potential widening after just six turns, then four turns and so on, until you get to the point that every turn has the ‘feeling’ of a pulling the front foot in.

The front foot will not actually be being pulled in but instead be prevented from moving out.

This also helps to keep awareness of the stance and to assist in creating strength.

THIS is usually what is meant when we hear instructors referring to pulling the legs together when using a turning stance.

I Hope that makes sense?