Is Being Away From Class Actually That Bad? 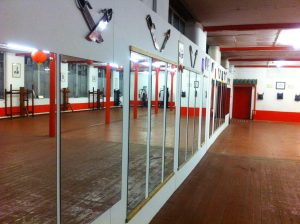 Make the most of it.

Taking a break from class training could actually be a good thing for you.

I have seen so many people reach their ceiling level because they are too ego driven and embarrassed to take a step backwards in order to move forwards, this of course is bull s**t.

Having NO excuse could be the best excuse ever, USE IT, take the fact that you’ve not been able to train at class as a way of justifying your need to step backwards, or more importantly, your chance to revisit basics

I once had a student who trained well for a while, and he listened to me and did what I said, for a while I said, then he started to relax, not doing what I was instructing, almost as though thinking he knew better.

The resulting outcome of this was that as things moved on, he did not.

To give an example;

To get the best from his turning punch in Chi Sau he needed to be rooted and therefore turn on his heels, driving the elbow through, but after his not listening he got lazy, and started to turn on his toes punching with his elbow out, reaching over the top and trying a sneaky halfhearted attack.

This seemed to humor him for a while but as his Kung Fu brothers were moving on, he did not, his pride was too much for him to swallow and he allowed himself to be dragged down, where the only people he could get away with this were beginners.

No matter how many times I would tell him, he would not do as instructed, only staying with beginners where his tricks could work, later I discovered to my dismay that he was considered a bully by most and had even made students leave because of his input.

This level of self-pride is easily interpreted as stupidity, in the same way as a person who is willing to cut off their nose to spite their face.

These so called teachers who walk up and down the hall, nose in the air, carrying the stick of doom, this does not make you a master, it makes you a dick, lead by example, personally I will never ask anything of my students I am not willing to do with them.

My point is this, I do not care if you say you have an ego or not, what is important is that from time to time we take a step back, just to check that what we are doing is correct, and that we have not simply allowed things to evolve through a slight misunderstanding early in our training.

If your Wing Chun works for you then who cares, and I agree, to an extent, BUT if you ever decide to teach, then things will turn out very differently, because YOUR Wing Chun is not THEIR Wing Chun.

So use this time stuck at home as an opportunity to be the beginner again, train as a beginner, and do not think that anything is beneath you.

You will come back to class stronger for it and hopefully keep this mentality when you do.

Remember those days when learning something new was exciting?

Why should beginners have all the fun!

Happy training and stay safe everyone

Hope you enjoy it,