How Much Do You Value Your Teaching? 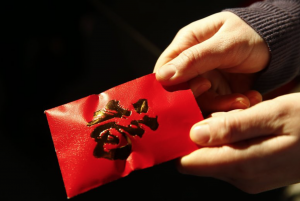 These days we live in a world of cut-price deals, buy one get one free and the constant search for quality steak at cheap-cut prices.

And I might add, with too many people happy to go for the cheap-cut simply because is easily achievable.

So is dog mess but you wouldn’t eat that would you?

Where has the passion gone?

Where’s the drive to want the best?

Don’t get me wrong, there’s nothing bad in wanting the best for your buck, but do draw a balance.

Often I see students blaming the teacher for becoming too ‘money orientated’, and I do see this in some teachers, A LOT, people massively overcharging and getting away with it, selling the belief that they are God like and should never be questioned.

If they’re meant to be that good, test them, question them, make them earn that money.

But for the real ones, the ones who have worked hard for forty years plus, giving thousands upon thousands of hours in drilling over and over, those who have given up family, relationships and careers, spending every penny earned purely to travel the world in search of answers, to finally become one of only a handful of disciples worthy of representing the Grandmaster himself…

Oh, that all sounds a bit familiar doesn’t it?

Then if this is the case, why should that person not be able to share these teachings for a small fee, just a moderate amount to be able to have a nice roof over his head and provide for his family’s needs?

This would never be expected in any other field, you would never expect a doctor to study for decades, become one of the top in his profession, and then be expected to work for minimum wage in a local community centre.

Traditionally when a Sifu would take on a student it would be from a very early age, almost like an adopted son.

The Sifu would teach daily, as well as feed, give shelter and even get them work.

Now it gets interesting…

It would be at this point that the student would now start to pay for tuition (basically as soon as they could), but payment was not fixed, this would be given in a red envelop or Red Pocket and payment was what the student felt the training to be worth.

These days with rent and bills to pay it is easier to simply set a fee, this also prevents any embarrassment or unfairness.

I recently dropped the class fees at my school in Leeds due to an expectation that I would not be around quite so often in the coming months, and did not want anyone to feel as though they were being short changed on tuition.

Some students have taken advantage of this and I quite agree, especially for those who can rarely attend anyway.

So many of my students have chosen to not drop their fees and for this I would like to thank you whole-heartedly for your kindness and support of the school, the association and for what it stands for.

I thank you all.