How Important Is The Pole Form?

(Six and a half point pole)

Some may say the pole form is the highest level of Wing Chun, the icing on the cake if you like, developing the ability to keep your opponent at bay and transfer energy through 9’6” of wooden pole, others however (like me), do not rate this forms importance quite so highly.

Now there are a few reasons for this, the first of which being, how many people are going to get into a fight

while carrying a pole? 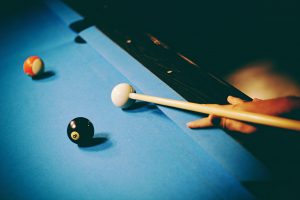 Ok, apart from in a pool hall

“Well I’ve got a shot gun in the car”, came his response.

So I casually put my drink down, looked him in the eye and said,

The expression on his face and my following laughter very quickly broke the ice and we got on very well for the rest of the evening.

The point of course is that if you are not carrying your Wing Chun pole (in a combat situation I mean) then is it any good to you.

Of course I know there is more to training with it than fighting with it, and training such a form does have other benefits, but how much really will they add to your ‘close quarter’ Wing Chun?

There is also the story of the boat crossing where Leung Bok Chao was said to have delivered his story of Ng Mui and her new style (the inventor of Wing Chun) and his love (Ng Mui’s student, and his teacher) Yim Wing Chun.

The boatman in this case was said to be the Pole Master who escaped from the very same temple with Ng Mui.

After being given a demonstration of this new style, the story goes that he created a pole form to compliment this new system, therefore making it NOT originally part of Wing Chun.

And finally I move onto a wonderful story from my Sifu,

Master Ip Chun has a theory regarding the pole form, which is a little bit tongue in cheek, what I mean is,

don’t take this too seriously, but he says, to get good at the pole form you would need to

If you then wanted to train at the highest level you would need to find someone else who has trained the pole form for ten years.

If these two people were then to fight, this match would over in one or two moves.

Of course what this story doesn’t mention is that you could probably beat everybody else on the planet!

Just do not fall out with your training partner and you should be ok.

Therefore, for me personally,

I do train the pole form,

I also teach the pole form,

And I even get enjoyment from drilling it,

‘How Important Is The Pole Form?’

I tend to consider it as the gift box in which this wonderful style is wrapped up in.

My view is to allow students to have their own opinions,

DO learn it and

DO teach it, because it should not be lost,

HOW you use it, well this is a different story.