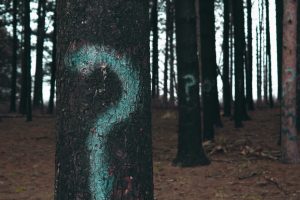 ‘As well as, not instead of”

To start this blog I guess I should explain what I mean by this statement.

Whenever I teach a beginner course, which I still seem to do even after 30 plus years, and what I mean by that is that every other Instructor I know seem to have others do this for them, anyway, as I was saying, whenever I teach a beginner course, I will always request that the students drill all the things they have learned on lesson one, even if it may appear straight forward to them.

The reason for this is that when we move to lessons two, three, four and so on, these new techniques will be ‘As well as, not instead of” and they may find themselves wishing that they had spent more time drilling those earlier sessions in order to allow them more free space to take onboard the new stuff.

But this principle will continue throughout all of their training, as newer techniques, Forms, drills etc. will never replace any previous work done, it will simply add to it, again, ‘As well as, not instead of”.

This is something I have covered many times before, so if you wish to read more points on this topic, just enter the title into the search engine and check out previous blogs, oh and just in case you’re not sure what to type, it’s…

‘As well as, not instead of”

Now for the reason behind this particular blog.

I had an interesting question on our wingchun.online Forum, asking:

Thank you Nick for this nice question, another nice question I referred him too, was one once put to Sifu Ip Chun:

“Which Form is the most important?”

“Whichever one you are training at that time”

Therefore, sometimes, I might just pull any Form out of the air to train, and for no reason at all, you may choose to do this literally by writing them down and pulling them from a hat!

Another interesting way of adding to your knowledge and experience of Form work, is to try mixing them up, mentally I mean, for instance, play Chum Kiu while trying to see how much of Siu Lim Tau or the Wooden Dummy you discover within it.

Likewise, try playing the Wooden Dummy while seeing how much Chum Kiu or SLT is right in front of your face, it really brings the Forms together in a wonderful way.

Instead of playing the Forms in sequence, which is a good idea, but can often mean that if we run out of time then the Siu Lim Tau has had more study time than Chum Kiu or the Dummy, so how about playing them in reverse order, this not only gives the ‘higher end’ of the system (if I can get away with saying such a thing) some extra time, but it also gives you a wonderful opportunity to see all these fabulous moves, kicks, steps and turns etc. drawn all the way back to its very nucleus.

I often find this game very rewarding and helps to highlight further the importance of the first Form.

Another important element, we do not always have a training/sparring partner to help up train our street techniques, or more importantly, our street attitude, and yet Forms can help us with this.

What I mean is that, all too often in Chi Sau, sparring and even a boxing match, there always seems to be build up, a build up to an intensity that was simply not there at the start.

In the street however, the first strike is always intended to be the last strike, therefore 100% focus needs to be there from the off, full power, full force, full aggression, and all with full focus.

Forms can be trained wherever and whenever you wish, and solo, and used with this idea, try not starting with Siu Lim Tau or Chum Kiu, to ‘Get feel of it’, but instead go straight in with the higher level Forms with full and immediate power (after a warm up of course, I mean, let’s be honest, it’s not an actual fight is it!).

Now there is also a significant difference between performing a Form and drilling one, an idea that surprisingly often rarely occurs to many people.

We all know for instance that in Siu Lim Tau there are three Fook Sau’s played in the first section, and that this is due to the number 3 being a lucky number and so on, but when you are not performing the sequence for your fellow practitioners, for your Sifu or for an audience, why not execute four Fook Sau’s, or even five?

I once asked Master Ip Chun;

You also do not have to start from the beginning and run through the whole Form every time just in order to get to the one piece that requires your further attention.

Start from the beginning yes, but when you arrive at the trouble area, stay there until it feels better, and only then continue, to either the end, or to the next piece that requires your attention.

Here’s a little video clip explaining the principle of drilling.

MAY I APOLOGISE FOR THE VERY POOR SOUND QUALITY

IN THIS PARTICULAR VIDEO