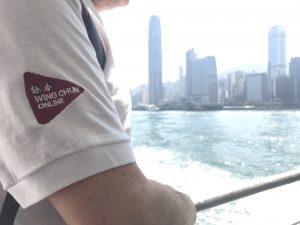 It has been said that you can look at the Hong Kong skyline in the morning and by the evening it would be different, and to be honest, for the most part I think this would be true, the place is ever growing, even if that’s more upward than outward.

The people there are as crazy as ever too as you find you’re never too far from a man selling copy watches & suits or a woman with a dog in a pram, wearing shoes! 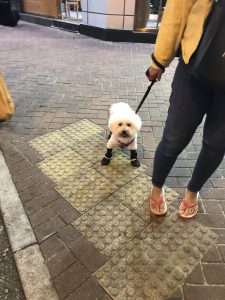 However the VTAA is nearly always the same, although when I started going there was only the one window in the place, and it was VERY hot, but as time goes by we have seen extra windows, fans installed and eventually some air conditioning, on this visit cameras have been placed within the school (I hope not due to the riots) and finally a new toilet, (again I hope not due to the riots).

A very interesting statement was recently said to me by someone, commenting on the different people who had ascended those stairs over the decades, something I had not considered before, numerous masters, including Bruce Lee and of course Grandmaster Ip Man himself.

Master Ip Chun was very pleased to see the constant development of my students and praised their dedication to their teaching’s, he was also very pleased to hang our flag in the school next to his seat. 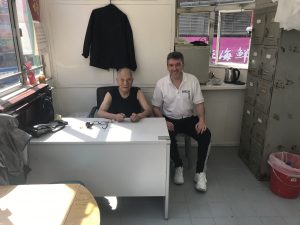 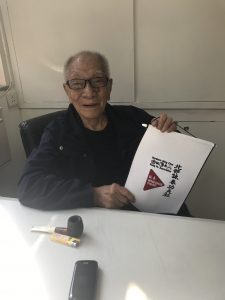 A grand gathering was held the weekend before in Macau to celebrate the great work done by so many over the last seventy years, and a special award was to be presented to Ip Chun himself for his dedication to the promotion of Wing Chun throughout the world.

As it was too difficult for him to get there, they brought the award to him. 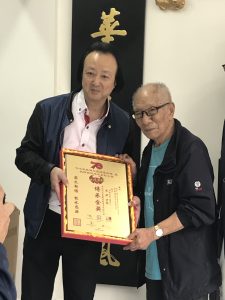 It was so good to see him in such good spirits and to have him so happy to see us, in fact so much so that almost as soon as we arrived he was happy to take a group photo with us, something I know he has rarely done for years, even refusing to use a chair but wishing to stand along side us. 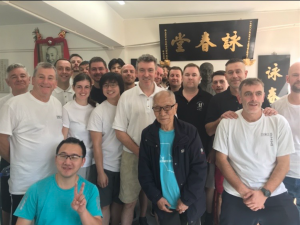 Every time I visit Sifu I always make time to visit Ip Man’s tomb, as requested by Ip Chun himself, although cleaning it and paying respects is not the only reason for this request.

Many years ago Sifu asked me that whenever I go to visit his fathers tomb I should also make time to visit a smaller one across from Ip Man, the tomb of Lei Man.

This is a tomb that had always seemed to be forgotten but as Sifu says:

“If it were not for him, none of us would be training Wing Chun as we are today”,

For it was Lei Man who got Ip Man out of China and successfully drove him to Hong Kong. 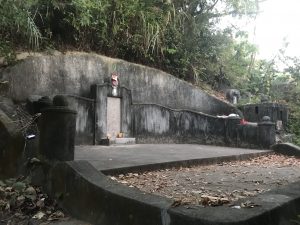 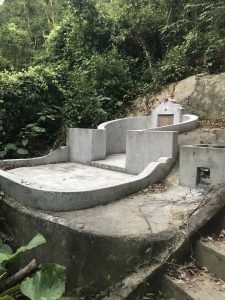 The tombs of Ip Man and Lei Man

Thirty years ago, when I first landed in Hong Kong, it was an honor to be met by Yeung Wai Kwan, a student of Ip Chun and someone who was to be my early guide.

I lived with his brother Yeung Wai Kin for more than five months, helping to promote Wing Chun classes, mainly by locals wanting to see what a Gweilo knew about their style.

As a group my students visited his school last year but this year was my first time rolling with Yeung Wai Kwan himself for more than twenty-five years.

It was terrific fun, a great guy and a very dear friend and brother. 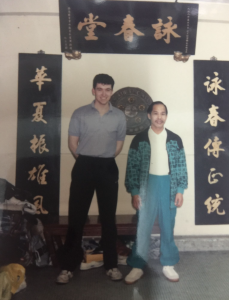 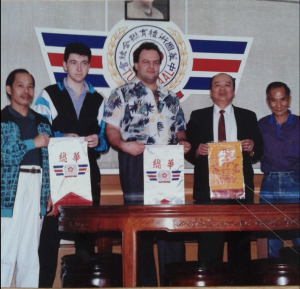 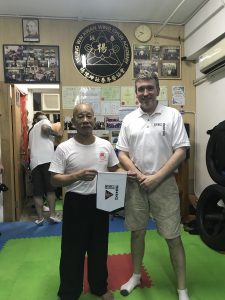 Then and now, thirty years apart.

In the final part of this blog I’d like to share a few personal moments and to explain where we will be taking wingchun.online in the future with Q and A interviews, I hope you’ll like them and get something out of it.

Thank you for reading and thank you again to all our family in Hong Kong for making this possible.