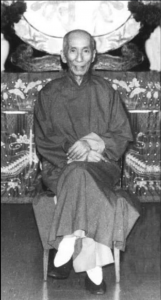 Today marks a very special day for nearly everyone who has ever trained in Martial Arts, as today is the birthday of Great Grandmaster Ip Man

I say this is a special day for most because even if you have not trained Wing Chun, you have probably heard of Bruce Lee, who in his own right may well have been the reason for so many people beginning their training in the first place. 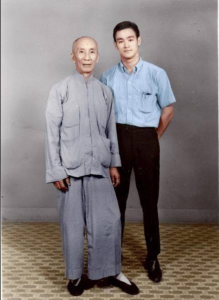 Directing this toward our fellow Wing Chun practitioners then…

Ip Man was born in Foshan, southern China 1st October 1893 – and died in Hong Kong 2nd December 1972, the son of Ip Oi-Dor and Ng Shui, he was the third of four children.

Ip Man started his Wing Chun training at aged twelve under Chan Wah-Shun in China (Ip Man was to be the last of Chans’ students), then, for his education Ip moved to Hong Kong, at just sixteen where, after a couple of meetings through a class mate, he continued his training under Leung Bik, also known as ‘Mr Bik’.

At twenty-four years of age he returned to Foshan to work as a police officer where he continued to train but did not yet properly teach. 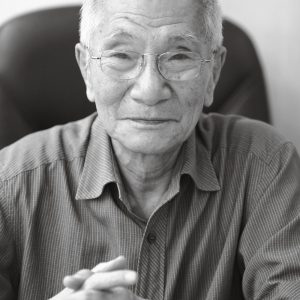 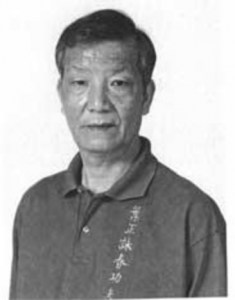 It was not until 1950 that Ip Man moved to Hong Kong (with his wife and eldest daughter) where after moving schools a couple of times he became settled in one venue where his classes began to grow, and only then after having several challenge matches to spread his name.

In the early 1950’s however his wife and daughter returned to Foshan to retrieve their identity cards, the borders closed and they were not allowed back.

In 1968 the Ving Tsun Athletic Association (VTAA) was created as a central hub for Wing Chun in Hong Kong, this venue was actually bought for Ip Man some years later by his who did not want him to worry about paying rent (something financially impossible now I imagine).

Two weeks before he passed away he recorded 8mm footage of the Wing Chun forms as a record of what he was leaving as his legacy.

He is buried at Wo Hop Shek cemetery where each year, students from around the world (including myself) pay their respects. 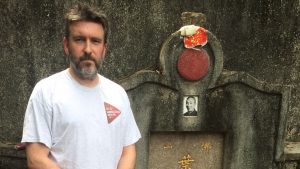 Ip Man, Si-Gung, we thank you for your legacy.