(Guest Post) – Ever Been Told To Stop Chasing Your Dreams?

One of my students asked me if I would mind allowing him to write a blog on our site,

to share his thoughts with our members, readers and followers, I agreed, I hope you enjoy it. 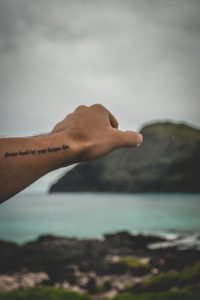 Ever Been Told To Stop Chasing Your Dreams?

Like a lot of people today, I’ve always had a great passion for the Martial Arts, but maybe not so much like a lot of people (at least here in the U.K), I started learning as a second-generation practitioner in my own family’s lineage from the age of eight.

I started my training under my Father, also a teacher, and the founder of our own family’s Kung Fu school, the Mann Family School of Kung Fu in Lincolnshire U.K.

On reflection, when I started teaching, nobody seemed to mind and in fact showed me a lot of support, at least that was until it became a career choice. Then opinions changed…a lot, and I often think to myself today, what if I had stopped or listened to all those people telling me to stop?

Before my father passed away, I agreed to take on the challenge of developing our family’s Kung Fu school, from what was really not much more than an idea at that time. Although I am not yet completely happy I have achieved as much, and can continue to do so in future, I am happy with the progress of my efforts in bringing that idea to reality so far, with what is now to the best of my knowledge, the biggest Wing Chun Kung Fu school in Lincolnshire, with weekly classes in Brigg; Scunthorpe; Hull and Grimsby U.K.

It has not been an easy road at all and I still have a long way to go, not least my own personal skill level and understanding of the Ip Man / Ip Chun Wing Chun system.

As well as funding my personal training here in the U.K since 2010, I’ve also been travelling around the world, mostly to Hong Kong and China, to make sure our school’s connection to the source and the skill is as pure as possible in terms of what we teach and where it comes from, spending many thousands of pounds on achieving my father’s dream, now my dream, an unavoidable side effect of this path I guess.

Where am I now?

I’m at the place many people told me I would never be, enjoying the reward of countless hours training, travelling, self-development and teaching.

My Father, being a very successful martial artist, and the first Olympic teacher of Tai Chi and Qigong to the British teams in 1998, knew that this path was not a wasted one for our family. He knew the rewards of this path, with the potential to benefit through generations, if the right things where put in place now for it all to continue. He understood this and was very supportive towards the challenge he had set me until his passing.

Funny enough it wasn’t until his passing that I realised that many people around us, even my own family, actually didn’t understand this and therefore didn’t really understand me, or my Father as well as they thought.

They were not of the same mind-set, thinking it was just a hobby or dream at best.

Even though my Father had already achieved and proven so much, everyone was happy to follow his way when he was alive, but not so much after his death and at first this was very hard for me to come to terms with.

The truth is that the second I started chasing and trying to achieve our dream, both close friends and family members started to say things like:

“It’s great you have a hobby but…”

“You need a real career”

And my personal favourite, now I have achieved so much is

“Stop chasing your dreams and grow up!” 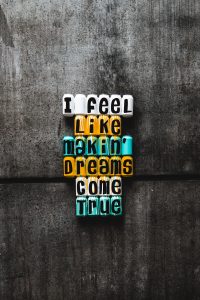 Now I don’t hold anything against anyone, I know they all meant well, and to be honest, I can empathise with their opinions, after all, being a full-time Kung Fu teacher as a job is largely seen as an unrealistic career choice.

But why is that?

I simply believe that not many people do it to the full extent of running their own school.

The majority of people achieve part-time classes at best, running one class a week and are happy with that. I’m not saying there is anything wrong with this, and some would argue that this is the best way rather than running a school, depending on what we want to achieve personally.

For me though I decided to go all in from the start, and this is probably where the advice from the people around me stemmed from. Once again, it does make me think about what would have happened if I had listened to those people saying I couldn’t or shouldn’t do it.

The short answer is NO.

In fact I’m sure I would be very unhappy, I would be following a path I didn’t want to follow, and when you think that we only have one life, that is a massive deal, and not one anybody should take lightly.

The fact is, at the end of the day, everyone that said I couldn’t do it, or I wouldn’t be able to achieve my dreams were wrong.

Because I never gave up, because I believed in what my Father asked me to do, because I worked and trained as hard as I could, I have achieved my dreams, or at least the start of them, and that’s more than most ever said I would.

So far, I have achieved becoming a Wing Chun teacher with a close and direct lineage back to Ip Man / Ip Chun, as I set out to do.

I have achieved self-development in every way I wanted, not just my knowledge in Wing Chun but in the goal of developing our family’s school to the next level, as my Father asked me too.

I am passing the skills on to our family’s third generation of Kung Fu practitioners through my own three children.

I am helping develop people within the community using the skills I teach.

I have achieved my dream of training in China, as well as many other countries around the world.

I have achieved raising and donating money to different charities through Wing Chun.

I have also been interviewed by the BBC, America Work in Progress and Combat Sport radio, as well as having had articles and videos published by online magazines, and as for me personally, I haven’t even started to achieve what I now feel I can before my time is up.

So to close this blog I would like to take this opportunity to thank:

My first teacher, my Father, John Mann, for setting me on this path and for giving me the guidance and strength I needed to do it.

To thank my Sifu, Master Colin Ward, for believing in me, accepting me and trusting in me to help carry on his life’s work, as well as the work of his Sifu, Grandmaster Ip Chun, and his Father, Great Grandmaster Ip Man.

I would also like to thank everyone that told me to never give up and keep following my dreams no matter what, but most of all, I would like to say to anyone that reads this, who is also on a path of trying to follow their own dreams:

Do not listen to people that tell you, you cannot do it.

Thank you for taking the time to read my article and I wish everyone the best of luck achieving their dreams no matter what those dreams might be.