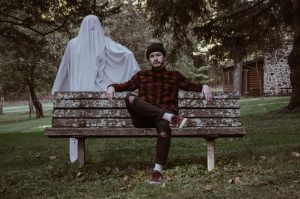 A question was put forward to me asking:

‘How do we learn to deal with fear?’

Well this of course is a bit of a tricky one as we are all different, and therefore I will approach this delicately.

There are some people who will tell you that, to do this you need to put yourself in the line of fire, that the only way to know what fear is, is to get in it.

Personally I do not agree.

There are well known trainers/fighters (who I respect by the way but for different reasons) who have decided to work as doormen, just to be tackling thugs every night in order to get over this fear.

Surely one of the main reasons for learning Wing Chun in the first place is for one of avoidance?

I’ve written countless times referring to how to deal with a fight situation:

Diffusing the argument if you can

And if all is lost, with no where to go…

Hit first and not wait to see if you can or cannot block what happens next.

If you know there is NO WAY OUT, hit first, hit fast, hit hard.

But just think of this, if you do manage to get out of the situation and you are still alive.

If you didn’t need to hit (even if you took one yourself) but got out alive, get over it, let it go, as hard as this may be, let it go.

I remember once being in a pub when a university student walked up to the bar and was picked on almost immediately by three guys, I could see this building but it was a long way away but it would have nothing to do with me, or so I thought.

I say this because the guy I was with suddenly saw this and informed that the student being picked on was his friend and would I PLEASE help him.

The next thing I saw was the biggest of the gang punch the lad square in the face, making his nose bleed, this gave me little choice but to step in.

I walked down the steps and approached the three guys (passing the student as I did so). I went straight to the big guy (who threw the punch) and congratulated him on hitting the “S**t of a student”.

I then told them to watch me:

I went over to the student and pretended to kick him in the ass, but saying very clearly in his ear to “GET OUT”.

He did, and after making sure the gang stayed at the bar, I then followed.

Now the most annoying thing about this whole altercation was what the student said to me outside:

“You do martial arts don’t you, why didn’t you beat just them up?”

First of all (I explained to him), this was not MY fight, I DID step in and I DID get him out safely, AND, not one punch was thrown in doing so, THAT was dealing with the situation with my head instead of my fists.

That to me was a win/win, and THAT, was what my martial arts training had taught me to be able to do.

I’ve lost count of how many times I’ve said,

“Just because you CAN do something, does not always mean that you SHOULD”

Many years ago I knew a guy (that’s all I’ll say about him for now) but we used to do a little training together, when one day we were walking through the town when he pushed me into a bus stop (as a joke of course).

Thirty seconds later, I then did this to him, laughing as I did so, to which he reacted like a mad man, squaring up to me and wanting to fight.

I was in shock!

Has this just happened?

I told him to chill the f**k out and then he stormed off.

As time went by we became good friends, but at the back of my mind I felt as though I should have done something about this at the time, I was annoyed about this for years, which was such a silly thing to do, as carrying this ghost only served to trouble me, HE never knew anything about it.

“Holding onto anger is like holding on to a hot stone, it is only you who gets hurt”.

Many years later I found myself with the beginnings of another ghost to carry, after an incident in a bar.

It was New Years Eve and I was in a bar at closing time when a guy asked my wife (working there at the time) to pass him his coat, when she did so he said it was the wrong one, and threw it in her face.

As it was their family business I did not want to over-react so, not so politely, told him to calm down and apologise.

He turned to me, throwing a wild punch, and here’s the strange part, ‘THREE TIMES’ I considered hitting him throughout this over exaggerate move, in the end simply deciding to turn my face away at the same pace of the strike.

He looked shocked, he knew he touched me, but nothing happened???

I started to laugh and told him he had no idea how lucky he was and it was time to leave, just before he was grabbed and thrown out.

This time, I did not let it haunt me but to just get on with my life.

Well not for more than a day at least.